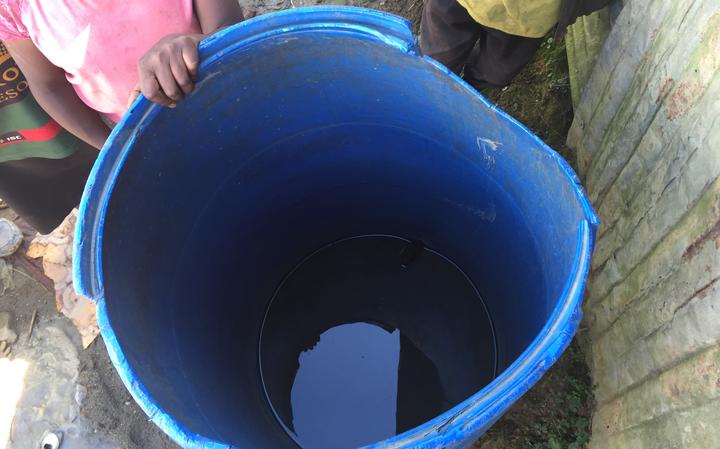 They are also exposed to concerning levels of chemicals linked to mine operations, according to a new report 'Red Water: Mining and the Right to Water in Porgera'.

It's based on a study by the Columbia Law School Human Rights Clinic and the Advanced Consortium on Cooperation, Conflict, and Complexity of Columbia University's Earth Institute.

Cressida Kuala from the Porgera Red Wara Women's Association says she has long suspected that water in the rivers which flow through her village and others in the mine area is unsafe to drink.

"Some times we walk about three or four hours up to the mountains to fetch water, when there's no water during the dry season. When it rains, we are a little bit scared that it contains chemicals that are being let out from the smoke," said Cressida Kuala. 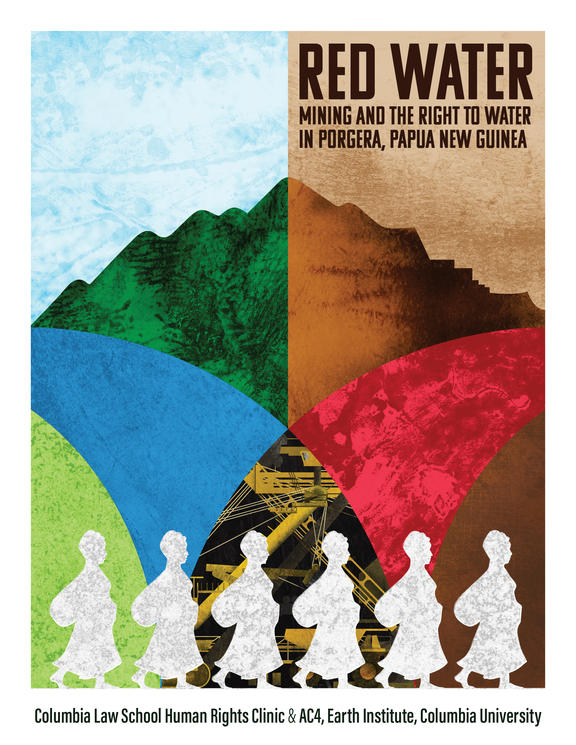 PNG communities are exposed to concerning levels of chemicals linked to mine operations, according to a new report 'Red Water: Mining and the Right to Water in Porgera'. Photo: Columbia University

Ms Kuala had been seeking a response on the problem from the Porgera Joint Venture which operates the mine, but said it had been less than forthcoming about its own data on environmental impacts from the mine.

Meanwhile, she said many people in the local community still used the water from these rivers.

"There's a lot of uneducated people living in the community. They don't care if the water is contaminated.. they don't know."

The interdisciplinary team of human rights experts and environmental scientists who conducted the study urged the PNG government and the mining companies--Barrick Gold of Canada and Zijin Mining of China--to take action to ensure the human right to water.

"People in Porgera live in fear about whether they will have enough water to last the week and whether their water is poisoning them," said Professor Sarah Knuckey, Director of the Columbia Law School Human Rights Clinic and a lead author of the report which can be read here.

"The mine emits a giant red river of tailings waste through the Porgeran Valley. Porgerans often have to wash their clothes, dishes, and bodies in rivers that reek of chemicals.

"All across Porgera, residents told us that they want facts to help them better understand and respond to the water risks." 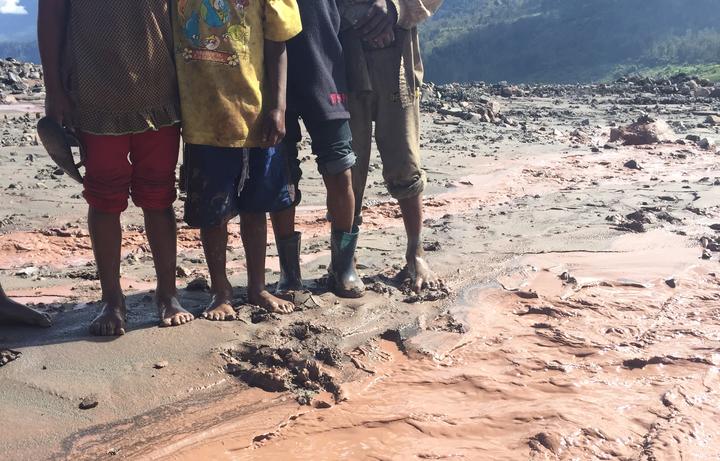 Ms Kuala said the water problem was just one of a number of human rights issues that both the miner and government had failed to address in any transparent way over the years.

"They actually know about the issues at Porgera mine... but they just seem to leave the problem behind," she said.

While Zijin Mining hasn't yet responded to the report, Barrick has provided a response.

"The mine remains committed to working with the Government and the local communities to find workable solutions," a Barrick statement said.

"However, this is a matter beyond the sole scope and control of any entity and requires effort on the part of all relevant stakeholders."

But with the miner looking to have its mine lease renewed this year, Mr Kuala said it had to front up on addressing a littany of problems that have affected many lives of local people.

As well as the health impacts from the mine's toxic waste, dozens of Porgera women have been acknowledged as victims of rape and assault by Barrick's former security contractors, but not adequately compensated.

"The company is being held responsible for everything that has gone wrong," she said. So the company should stay back and work along with the government to fix the problems that have been arising for the thirty years that they were mining the area."