Papua New Guinea have regained one day international status after finishing third at the World Cricket League 2 event in Namibia.

The Barramundis thrashed Oman by 145 runs in their final round robin match on Friday to ensure a top four finish, which earned them ODI status and promotion to Cricket World Cup League 2. 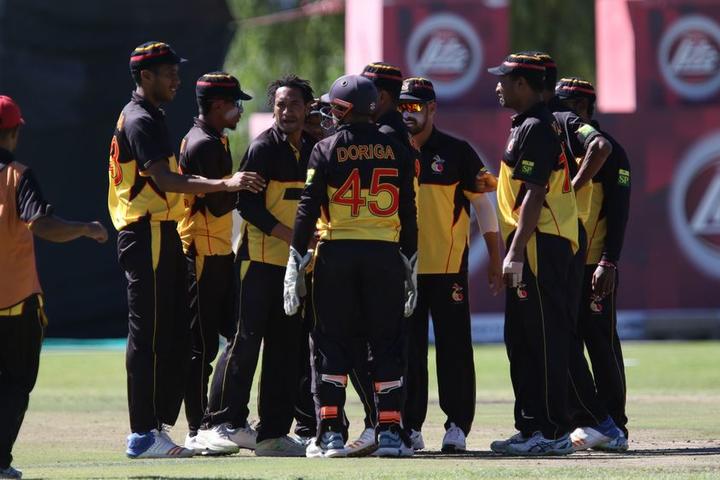 PNG recovered from 32 for 5 to post 221 for 8 batting first before rolling Oman for just 76 runs, with Nosaina Pokana bagging 5 for 14 from seven overs and Chad Soper chipping in with 3 for 15.

"It was an interesting day - we were five for not many again - and to see two guys stand up with the bat, which is what we've been chasing all tournament was outstanding," said Barramundis head coach Joe Dawes.

"And a big partnership got us into a position which was great and I'm really pleased for Nosaina (Pokana) who's worked really hard over the last 18 months. He's lost 20kgs, dealt with an issue with his action, done everything that we've asked of him plus more and he's on his way to becoming a world class fast bowler."

catch by @Cricket_PNG's Tony Ura off the bowling of Chad Soper in their #WCL2 game against table-toppers Oman.

What a performance from PNG to regain ODI status! pic.twitter.com/H2RpKJQtOb

Batting had been the achilles heel for the Barramundis in earlier in the during their first four games and Joe Dawes feared history was repeating itself until Kiplin Doriga (65) and Sese Bau (80) combined for a sixth wicket stand of 129 runs.

"They've worked hard and we've had lots of chats about their batting and Sese put his hand up early in the tour to have a go at opening and struggled their obviously so for him to get another go at six and do that and create really what was a tournament-changing and programme-changing innings or partnership was outstanding to watch."

With their job done, PNG anxiously awaited the results of the other final round matches: needing Namibia to beat Hong Kong and the USA to defeat Canada or lose by a narrow margin.

"We were watching the scores in the other games then when our game finished a little early we all went up to the bar at the United Club and had a drink and were watching the game on one of the boys' phones - live streaming it," Joe Dawes said.

"We knew the numbers of what USA had to get to (against Namibia) and when they got there there was some pretty loud cheering and carrying on to be honest. It was very exciting and it was great to see the boys enjoying themselves." 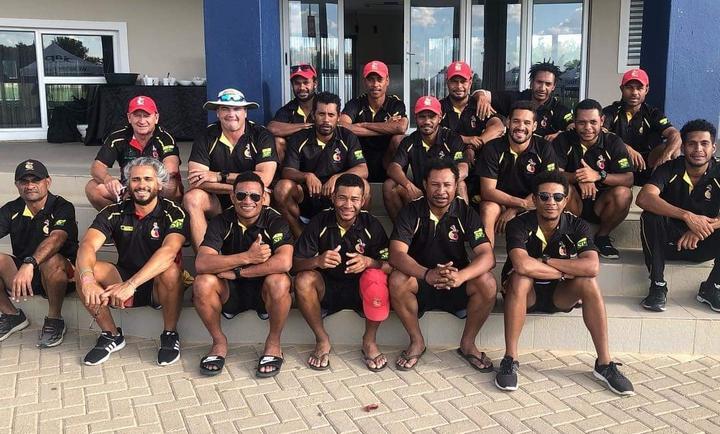 Eventual champions Namibia thrashed Hong Kong by 151 runs while Canada beat the USA by 40 runs, enough for PNG to pip the Canadians into fourth place with a superior net run-rate.

After regaining the ODI status lost in March last year, the Barramundis then defeated the United States by five wickets in the playoff for third place to finish the week on a strong note and avenge a 10 wicket defeat by the Americans in pool play.

Nosaina Pokana continued his strong form with the ball, taking 3 for 29, while Norman Vanua returned the best figures with 4 for 37 as the USA were dismissed for 164 runs.

Lega Siaka top scored with 62 from 51 balls, while six of the seven PNG batsmen reached double figures, as the Barramundis cruised to their target with 17 overs to spare.

"The difference between this and not having this means they get to keep their contracts and continue their dream of being professional cricketers," he said.

"It means also we can run programmes back in Port Moresby for the girls and our under 19s. It's going to change a lot of lives and the access to this cricket and it's going to be a hard road - there's some really good teams in this (next stage) and we've got a lot to learn and improve on.

"But we've got people who have been at this level for a while and we've shown we can mix it with these guys and we're really looking forward to it."

Joe Dawes said the players will now have a well-earned couple of weeks off before getting back into training.