Papua New Guinea are relying on the cricketing gods to help them regain ODI status and lock in a busy international calendar for the next four years.

The Barramundis have lost thee of their four matches so far in the World Cricket League 2 event in Namibia and must beat top of the table Oman in today's final round robin clash to have any chance of a top four finish in Windhoek.

Even if they can cause an upset, PNG also need the USA and Namibia beat Canada and Hong Kong and head coach Joe Dawes admitted they had put themselves in a tough spot.

"We're still alive, which is important but now we've left it up to the fact that we need results to go our way, which is sad," he said.

"We've been in a couple of the games and not executed under pressure and in all honesty our batting has been pretty woeful the entire tournament so here we are finding ourselves in a pretty average position." 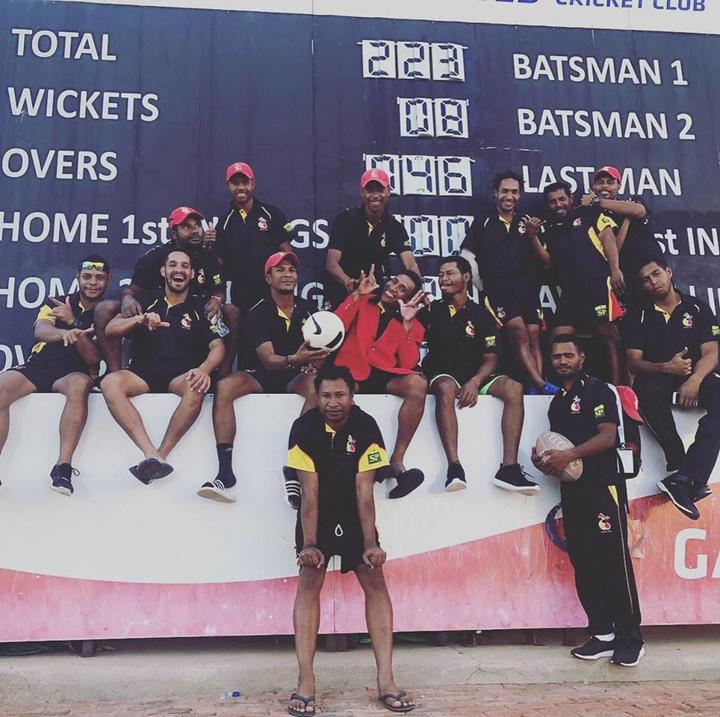 The Barramundis opened World Cricket League 2 with a three wicket loss against hosts Namibia before bouncing back to defeat Hong Kong by the same margin.

A 10 wicket drubbing at the hands of the USA exposed PNG with both bat and ball before Canada made short work of their run chase on Wednesday to secure their first win of the competition and put the Barramundis fate out of their hands.

"There's no doubt this has been a step up in quality for our boys and our last 12 months of cricket because of the ICC cycle we haven't had a lot of hard cricket so that's probably been exposed," Dawes said.

"The wickets have been bouncier than they're used to but we had a good preparation in Pretoria and I think at the end of the day it comes down to the guys applying themselves and they've not applied themselves anywhere near as much as you'd like to think when representing their country."

The immediate challenge for Papua New Guinea is to beat an Oman team that have won all four of their matches to date and confirmed ODI status and a spot in Saturday's World Cricket League 2 final.

Joe Dawes said the team has spoken about the importance of this game and the tournament as a whole for the past 12 months and need to put their best foot forward.

"They're due to lose one I guess is one way to look at it from Oman and you'd like to think we're due a good performance with the bat," he said.

"If we can get some runs on the board our bowling has been ok. It's been patchy but I'm happy with the way some of our young quicks are coming along and if we can get it right on the day I think we can be competitive and win that game."

If Papua New Guinea do secure a top four finish they will confirm their spot in Cricket World Cup League 2, which would ensure they play 36 ODIs over a two-and-a-half year period on the road to 2023 Cricket World Cup.