After several days of searching for two Marshall Islands men lost at sea from Kwajalein Atoll last week, the US Coast Guard has called off its search.

Marshall Islands law enforcement officials say there has been no sign of Danny Emmius and Leander Loeak in over 10 days.

Local Sea Patrol officers are continuing to search for the men who left Ebeye Island in Kwajalein Atoll in a small boat with one engine for a daytime fishing trip on Monday April 15 and haven't been seen since.

An Ebeye resident said the two men were expected to be out fishing for only a few hours but never returned. 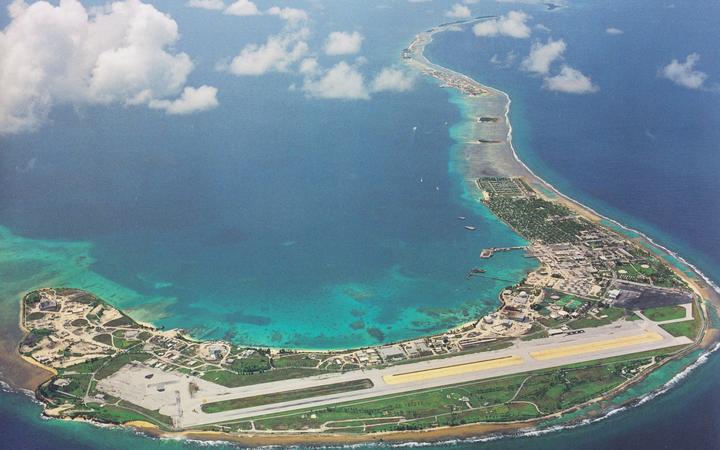 An aerial view of the southern portion of Kwajalein Atoll, with the US Army base island at Kwajalein visible in the foreground with runway, and Ebeye, home of the two missing fishermen, the third island on the right side along the eastern reef of the atoll. Photo: Giff Johnson

They were fishing inside Kwajalein's expansive lagoon a few miles from Ebeye, a routine practice for islanders living on this island.

But if they experienced engine problems, prevailing currents could have carried them into the open ocean through a large natural pass between islands on the southwestern side of Kwajalein Atoll.