Traditional leaders on Yap in the Federated States of Micronesia (FSM) have demanded the expulsion of a journalist and slammed her employer as a "fake-news agency". 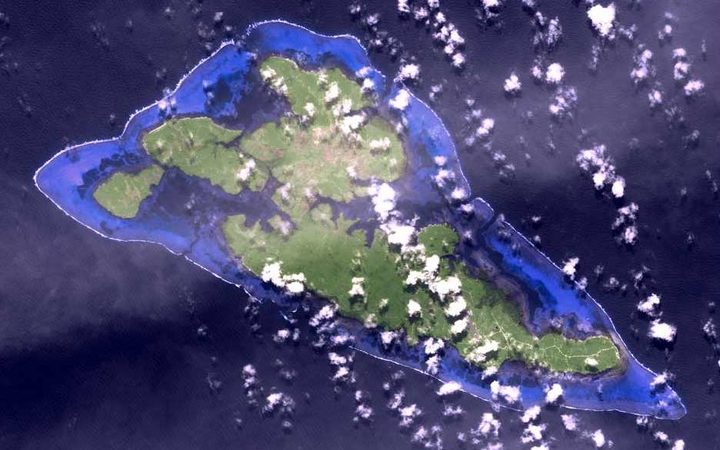 In a letter to Yap State Legislature Speaker Vincent Figir last month, the Yap Council of Pilung, one of two chiefly councils for the state, labelled Joyce McClure, a freelance journalist writing for the Pacific Island Times, as potentially "disruptive to the state".

The 29 March letter, signed by nine chiefs, also sought assistance from Mr Figir in making a formal request to the FSM Congress to make the American citizen "a persona non grata".

"As the paramount authority of the land, we, the Council of Chiefs find this lady's activities are rather creating unnecessary turmoil in our small society that is entirely not called for," the chiefs said in the letter which was provided to RNZ Pacific by Ms McClure.

"She has treated the local people of Yap State as uneducated fools and deemed irresponsible of how they should run their local government," it said.

The chiefs added that Pacific Island Times had "proven to be the first ever fake-news agency in the Pacific Ocean/Island Nations given all of her published articles of Yap State without verifications, contained biased, strong opinions against Asian ethnicity, government and business".

They said Ms McClure's articles for the publication, which recently reported on the role Chinese private interests played in Yap local elections, were "fuming the fire" for an "anti-Asian" minority in Yap.

In written comments provided to RNZ Pacific, Ms McClure, 72, said she had done nothing wrong or illegal and was proud of her work for various outlets, including the Pacific Daily News, Guam Daily Post, Saipan Tribune, Marianas Business Journal, Stars & Stripes and the Pacific Island Times.

In the letter, the chiefs said Ms McClure "barges in un-invited on government functions and private functions" without permission to take photos.

Ms McClure said she always asked for permission to take photos and respected people's requests not to be photographed.

She had lived in Yap for nearly three years, including one with the US Peace Corps, she said.

"I am sincerely sorry if I have offended people here in Yap. I hold great respect for the people of Yap and have grown to love my home and many friends here," she said.

Mar-Vic Cagurangan, the editor-in-chief of the Guam-based Pacific Island Times said she would issue a statement on Thursday in response to the claims.

On its website, the publication said it presented fair and balanced stories.