The Samoan cultural group at Auckland's Sacred Heart College has been able to show off the dances it rehearsed for last month's cancelled Polyfest competition. 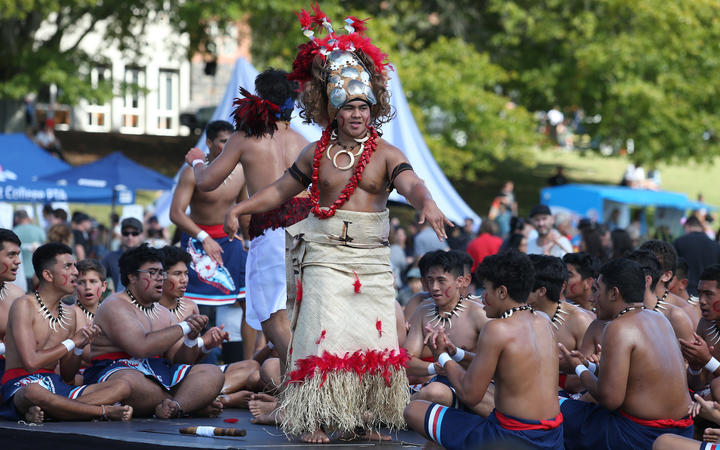 Just over three weeks ago, the students were told they would not be performing at Polyfest because of the events in Christchurch.

On Sunday, more than 50 boys took to the stage at the school's gala day on its campus in the suburb of Glendowie.

One of the parents, Sharon Swann, said the boys agreed that all donations made at the performance would go to the victims of the Christchurch attacks.

The group had missed out on other chances to perform since 15 March, she said.

"So the school offered that we could perform here at the fair and we can raise money for Christchurch from the boys. So this is what we've done."