Fiji has told a UN meeting that it's committed to improving the security of peacekeepers serving overseas and welcoming more women to its ranks. 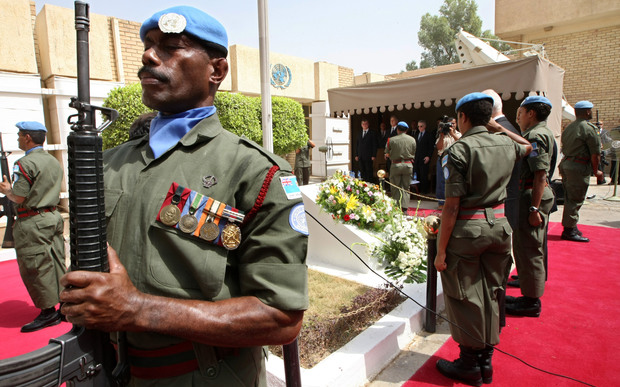 Members of the Fiji Islands UN peackeeping troops perform a guard honour at a memorial monument in the UN headquarters in Baghdad’s Green Zone on August 13, 2008. Photo: CRIS BOURONCLE / AFP

"We have set ourselves goals to achieve in order to improve our contribution to UN peacekeeping," Defence Minister Inia Seruiratu said on Friday at a ministerial meeting in New York.

Mr Seruiratu added that Fiji was strengthening safety measures for its peacekeepers and has improved women's participation, which would broadly be in line with a UN action plan introduced last year.

"Fiji has embarked on an action plan to improve its peacekeeping participation," he said at New York thinktank the International Peace Institute last Wednesday.

"Qualified and highly trained peacekeepers mitigate the risks, they provide better protection to the communities."

Fiji has around 265 peacekeepers deployed and analysts said its contributions have earned it a strong international reputation.

Since 1978, Fiji has been the largest per capita contributor to UN peacekeeping operations and nearly 60 Fijians have been killed while deployed over the past four decades.

Anna Powles, a senior lecturer in strategic studies at Massey University, said a commitment by Fiji to up women participation in peacekeeping was a welcome step.

But she said there were ongoing conduct issues with Fiji's peacekeeping operations including sexual exploitation and abuse by peacekeepers.

"That's obviously an area that needs greater scrutiny as well." 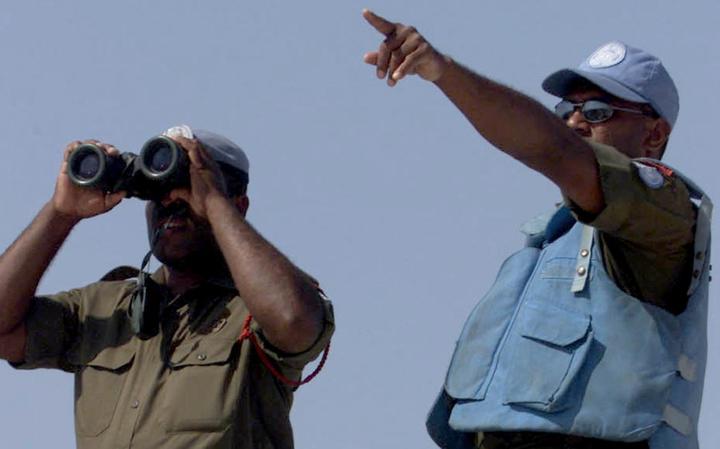 Fijian UN Peacekeepers have served all over the world. Here, one of fifty Fijian troops posted on the Mediterranean coast looks through binoculars at an Israeli post. Photo: AFP/Ramzi Haidar

Last week, RNZ Pacific reported on a Fijian UN peacekeeper who was dismissed from duty in 2018 after engaging in sexual exploitation while stationed in Lebanon.

The peacekeeper was not named and was also removed from service in Fiji's military, which didn't respond to requests for comment.

Mr Seruiratu said on Friday that he hoped a peacekeeping training partnership with New Zealand could be further developed.