The King and Queen of Tonga made an official visit to New Zealand's National Library last week to discuss upgrades to Tonga's Palace Archives. 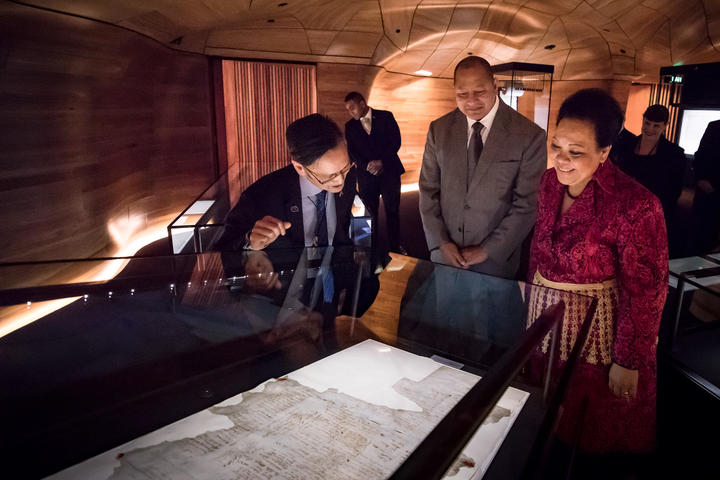 Chief Archivist Richard Foy discusses the preservation of Te Tiriti o Waitangi The Treaty of Waitangi with King Tupou VI and Queen Nanasipau’u of Tonga, inside the document room at He Tohu. Photo: National Library of New Zealand

King Tupou VI and Queen Nanasipau'u were presented with a range of Tongan archival material held by the library.

While at the library in Wellington, the royal couple also viewed He Tohu, the permanent exhibition of New Zealand constitutional documents.

He Tohu comprises the 1835 Declaration of Independence of the United Tribes of New Zealand, the 1840 Treaty of Waitangi and the 1893 Women's Suffrage Petition. 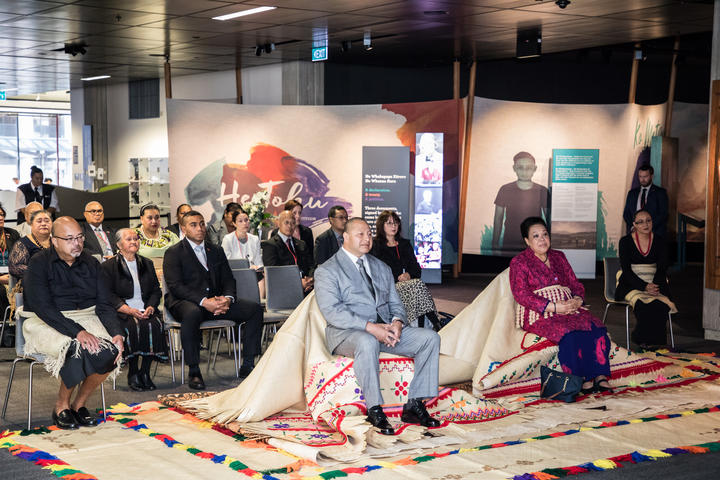 Their Majesties listen to Kaumatua Kura Moeahu (out of frame) during the pōwhiri at He Tohu. They are supported by Hon. Jenny Salesa, Minister of Ethnic Communities. Photo: National Library of New Zealand.