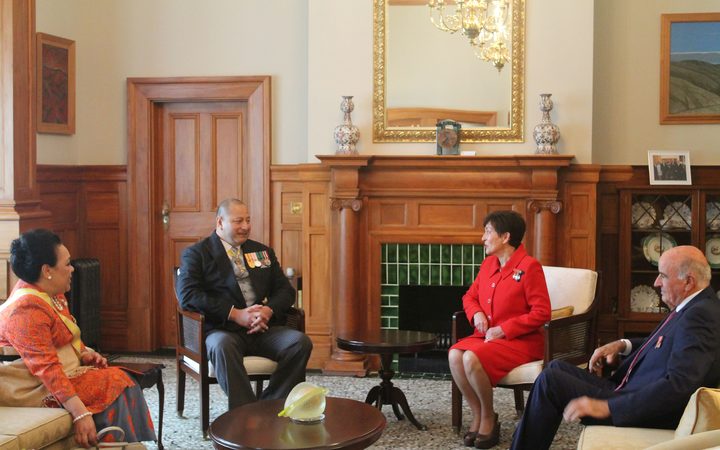 This is his first visit to New Zealand as Tonga's King, following his coronation in 2015.

During the meeting Dame Patsy thanked the King for the support shown by the Tongan community in New Zealand following the terrorist attacks in Christchurch.

King Tupou VI is expected to meet with a number of New Zealand government officials, and tonight he will be the guest of honour at a Government House dinner.