A campaign blackout is now in force in Solomon Islands ahead of the National General Election on Wednesday. 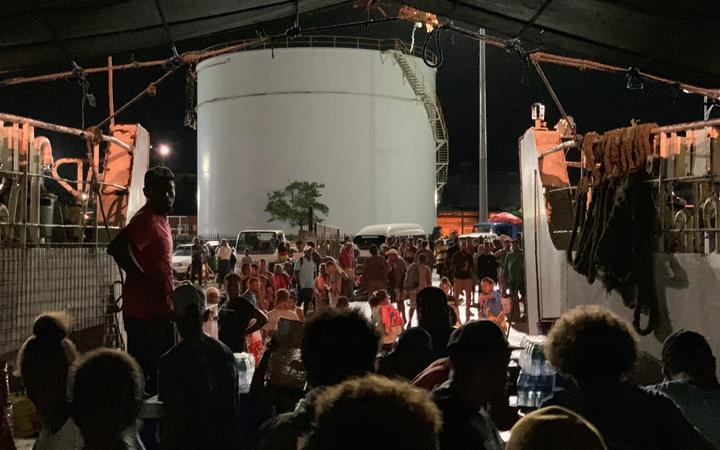 A day out from the election boatloads of voters are still leaving the capital Honiara. These passengers bound for Isabel had waited all day for this boat to arrive and were visibly exhausted by the time they boarded. Photo: RNZ Pacific / Koroi Hawkins

There is also a ban on the media reporting or featuring any campaign material.

It is the first time a blackout, which started at midnight has been used in Solomon Islands.

Political ads and banners along Honiara's streets have been taken down and the electoral commission is also warning people not to wear any items of clothing or jewellery bearing campaign slogans, candidates or party names and symbols.

Meanwhile, ships full of voters continued to leave the capital overnight for the provinces with the last of them expected to leave today.

There have also been reports of police rounding up drunk and disorderly political supporters after yesterday's campaign float revelry.

The polls open tomorrow at seven o'clock in the morning and are expected to close at five in the afternoon.

Almost all of the election materials to be used on polling day have now been delivered to the various provinces.

Election candidates are vying for 50 parliamentary seats in the first-past-the-post race.