Domestic and sexual violence in Solomon Islands is costing companies almost two weeks worth of work per employee each year.

Solomon Islands women at the launch of the report on the impact of domestic and sexual violence on Solomon Islands' workplaces Photo: RNZ Pacific/ Koroi Hawkins

That's according to the findings of a new survey on the impact of violence on workplaces in the country.

It was conducted in 2018 by the International Finance Corporation in collaboration with the Solomon Islands Chamber of Commerce and Industry with funding from Australia and New Zealand.

The findings were launched last night in Honiara.

One of the report's lead authors Shabnam Hameed said violence affects employees well-being which in turn affects their employers.

"It means that there are high levels of lateness, absenteeism, loss of productivity and staff turnover and so by putting in a workplace response to domestic and sexual violence it helps both parties," she said.

More than 1,200 employees across nine businesses in Solomon Islands were surveyed, in conjunction with the country's Chamber of Commerce and Industry.

Overall, 49 percent of women and 38 percent of men reported they had experienced violence in their lifetime.

It also shows responding to the effects of violence takes up staff time, with an average of five and a half days a year spent discussing the issue, helping someone access services or addressing the impact of absenteeism, lateness or low productivity.

"Overall this paints a disturbing picture of the high toll on employees and business of violence at home, impacting at work," said the study's lead author, Shabnam Hameed. 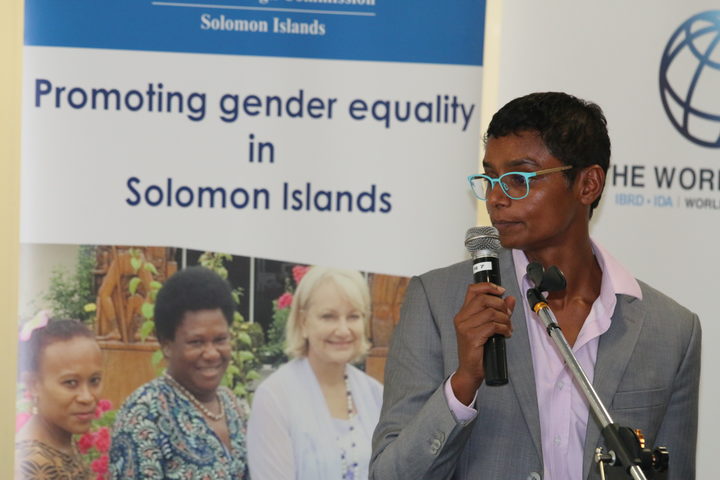 "Staff feel too ashamed or are otherwise unable to tell their employers why they are missing work or why their performance is suffering, so they may resign or be sacked. The cost of replacing those staff and training new staff also has a significant cost on business."

More than 80 percent of people who'd experienced violence reported at least one negative impact on their work, most often making it difficult to get to work, stay at work or impacting how they felt at work.

"Solomon Islands has among the highest rates of domestic and sexual violence in the world and this study highlights the personal and business cost of that violence," said IFC's Pacific Country Manager, Thomas Jacobs.

"With each employee losing about two working weeks, or close to 12 work days in a year, the violence comes at a terrible personal cost, as well as a cost to business."

The study shows much lower levels of acceptance of violence today, compared to previous studies, with about 30 percent of employees surveyed saying they believed violence was sometimes acceptable. 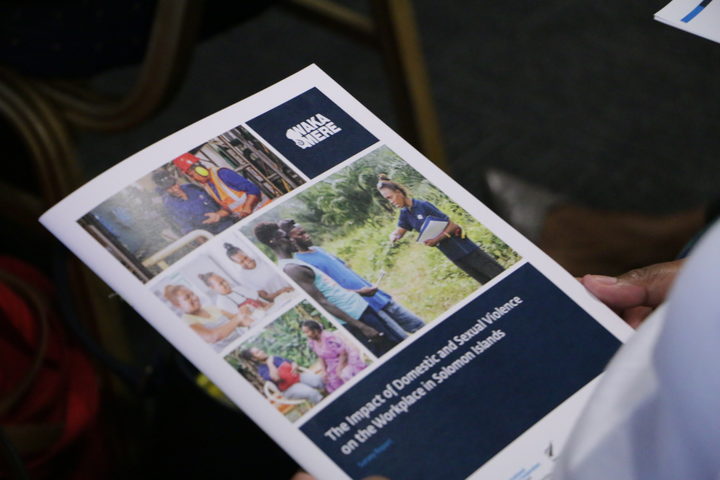 The 'Impact of Domestic and Sexual Violence on the Workplace in Solomon Islands' report Photo: RNZ Pacific/ Koroi Hawkins

The study is part of the Chamber and the IFC's joint work on the Waka Mere Commitment to Action, under which 15 companies in Solomon Islands, have committed to promoting gender equality in the workplace.

The Waka Mere Commitment to Action is a joint initiative by IFC and SICCI to create opportunities for women in the private sector. The initiative is supported by the Governments of Australia and of New Zealand.