There's still an air of uncertainty to a planned marine industrial project in Papua New Guinea which government says is about to proceed after years of dithering. 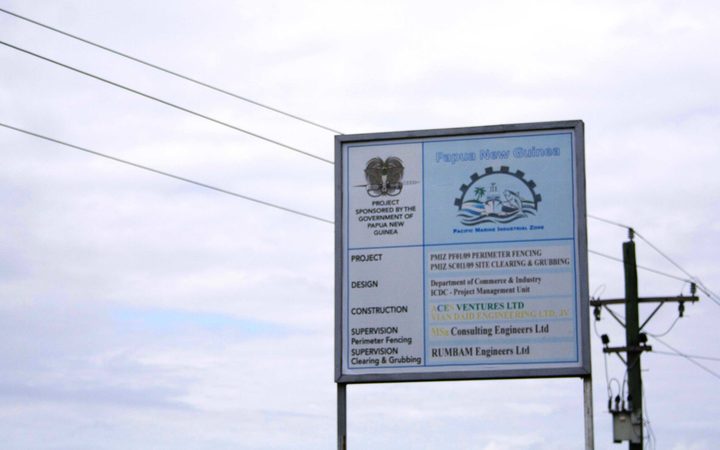 The government says it is to sign a new Chinese exim bank loan, this time to kickstart the much touted Pacific Marine Industrial Zone project in Madang province, on PNG's north coast.

Planning Minister Richard Maru announced this week that the $US168million loan would be signed by prime minister Peter O'Neill when he attends the One Belt One Road Initiative global summit in Beijing next month.

Planned as PNG's first Special Economic Zone project, the PMIZ has been through various incarnations as a planned venture in the past two decades without ever getting off the ground.

The government is giving few details away about how the special economic zone around the PMIZ would work, but companies operating in the zone would likely get tax breaks.

The concept itself, to establish up to ten canneries and other port facilities on the Madang Lagoon, had been delayed for almost fifteen years due to legal, environmental and landowner issues.

But the minister of commerce and industry, Wera Mori, was enthused that the project was nearly ready to go.

"We will be going to China, the prime minister will be going to further the discussions on that. we've already submitted the 156-million drawdown to build the two wharves - both the fishing and the container wharves - and we can start work on PMIZ."

The minister said the government wanted to encourage diversification (from the likes of mining and forestry) to focus more on manufacturing, agriculture and fisheries.

Mr Mori, who said in 2017 that is just one of a number of ministers who have pushed the PMIZ project in recent years.

The minister said in 2017 that he oversaw a review of the PMIZ project which revealed government had spent around US$10 million over a decade on this major infrastructure project with almost nothing to show for it.

However, the Governor of Madang province, Peter Yama, has voiced concern that the PMIZ is being driven too much from Port Moresby, rather than in his province.

Prime Minister Peter O'Neill recently indicated that management of the project would be transferred to Madang province. 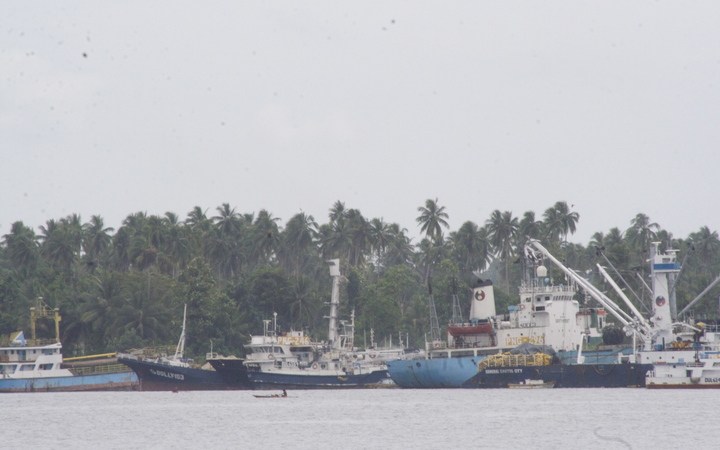 Mr Yama said he welcomed that decision, but was frustrated that licenses have already been issued for companies to operate in the PMIZ.

"I don't know. The minister gave it to certain people down in Port Moresby. So, you know, before it even starts, it's not great. And I will

have to check those licenses."

A Madang lawyer, Ramsey Pariwa, said the issue of who manages the project remained unsettled.

He indicated the Department of Commerce and Industry appears unlikely to relinquish management of the PMIZ until it is confident that the Madang provincial government has the capacity to run it.

Mr Pariwa said beyond this there were two big outstanding issues.

One is the question of what happened to previous loans the government took out to develop the project.

"There was money borrowed from the Asian Development Bank, and probably Exim Bank , he nothing really happened, " he explained.

"A big amount of money was borrowed. And then nothing happened until now.

"The money was borrowed and then money was... misused, mis-applied, applied to some other things, probably some other development agendas or the governments, I don't know."

Mr Pariwa said another big problem was the planned use of land that various communities had lived on for many years.

"They're wondering, if anything happens on that land, are they going to be kicked out of this land, because it's a big area of land where this PMIZ will be located so land issue is still outstanding."

According to him, if these questions aren't addressed to the community's satisfaction, they could look to block the PMIZ from operating.

Despite the concerns, the Madang governor is upbeat that the PMIZ wil bring significant benefits.

"It's not only for Madang, it's Papua New Guinea. It's a matter of how we manage it, how we get the right people on the ground."

However few people in Madang are holding their breath that the PMIZ will begin, because outward optimism from local leaders hasn't translated into much action in the past.

The signs of disharmony between national and provincial leaders on how the PMIZ is taking shape only adds to this.