Students at this week's Polyfest in Auckland say the festival is becoming more culturally diverse to include more than just New Zealand's Pacific or Māori communities. 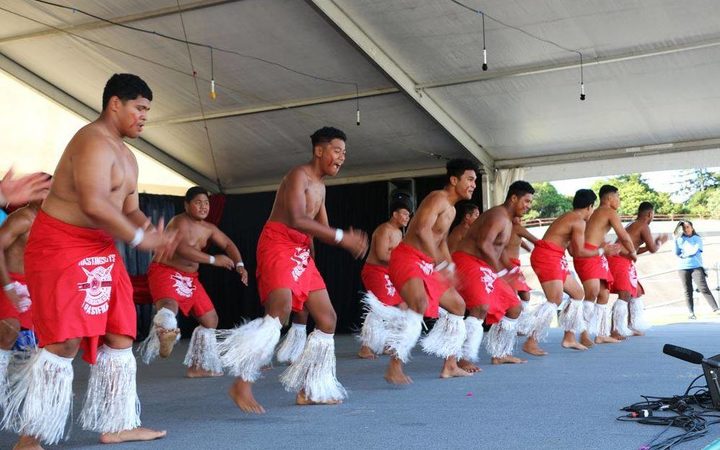 And you don't have to look far to believe them.

There are more than 80 groups performing dances on the Diversity Stage - from Asia, the Pacific, Africa and for the first time the Middle-east.

Auckland is New Zealand's most culturally diverse city with more than 100 ethnicities and over 150 languages spoken.

New Zealand society has changed a lot over the years and the same can be said for its schools. As communities become more ethnically diverse, so do the student population.

For St Cuthbert's College student, Sarah Sa, learning about other cultures and traditions has been the highlight of her senior high school year.

Ms Sa, an Iraqi-Chinese, said the college included a Turkish dance in its repertoire this year, a first for the festival.

"We get the idea from our fiafia night in our school - encouraged us to have different cultures in our school," the Year 13 student said.

"And we find out our school doesn't have any middle-eastern cultures so we decided it's a good time to create a new cultural group in our school now."

Most of the group's members are from Asia and Europe. 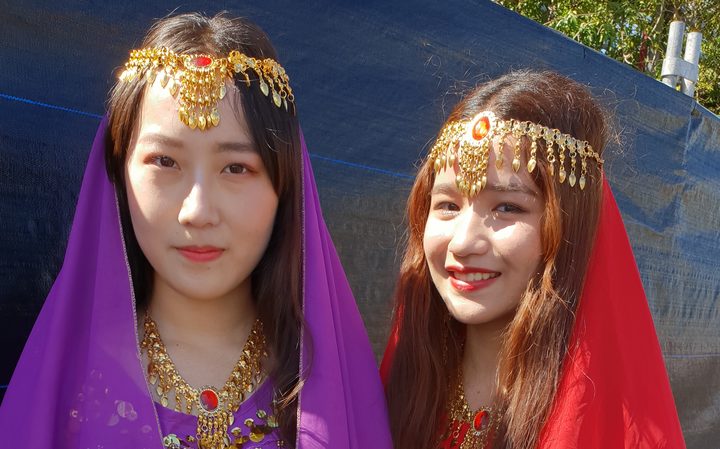 Ms Sa said Polyfest has helped them become more accepting of other cultures.

"We understand that although the country (Turkey) has some conflicts inside, they are being very positive to their lives and we just want to bring the happiness from the Turkish people to the whole of New Zealand."

But she said although most of them are not from Fiji, they had embraced and engaged well with each other during rehearsals.

"The challenge is teaching other people from other cultures," she said. "Some of them have never done a traditional dance before.

"But it was really interesting to see what type of techniques we could come up with to teach other people from other cultures."

"Children are interested in learning a new culture," she said. "It's either their parents are holding them back or they have other things to attend to.

"AC (Alfriston College) is very diverse. It doesn't feel like there is heaps of Polynesians or less Asians. It's all mixed." 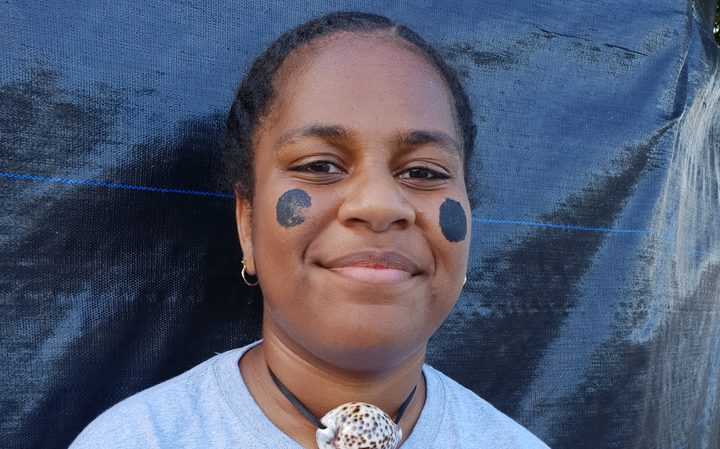 Festival director Seiuli Terri Leo'mauu, a product of Polyfest herself, says the festival has grown over the past 44 years in particular the last 10 years.

"And that Polyfest is really about bringing our cultures - whether it be blended, whether it be a particular stage. It's where they know they can come and be and learn about their culture and who they are." 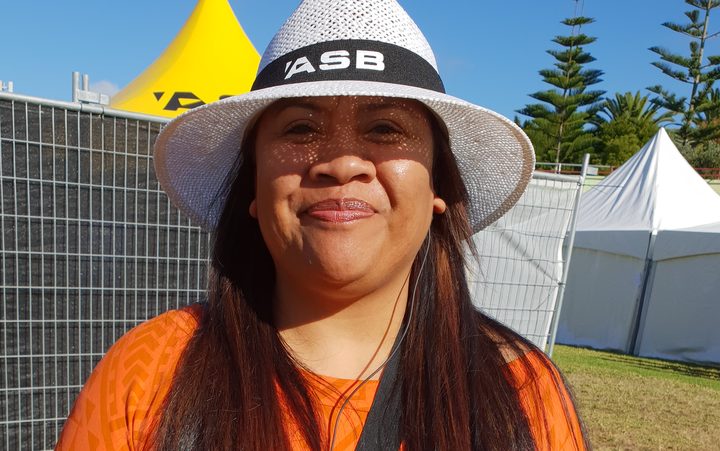 With more than 200 groups performing on six stages this year, Ms Leo'mauu said the festival had become a generational event.

"For these children who are taking the stage, for many of them, their parents have been a part of ASB Polyfest," she said.

"Their grandparents have been a part of it by supporting the kids that used to go through."

Ms Leo'mauu said they would look to investing resources in other areas of the festival to help the children grow and know their culture.

Other stages over the festival feature huge troupes of Samoan and Tongan dancers. 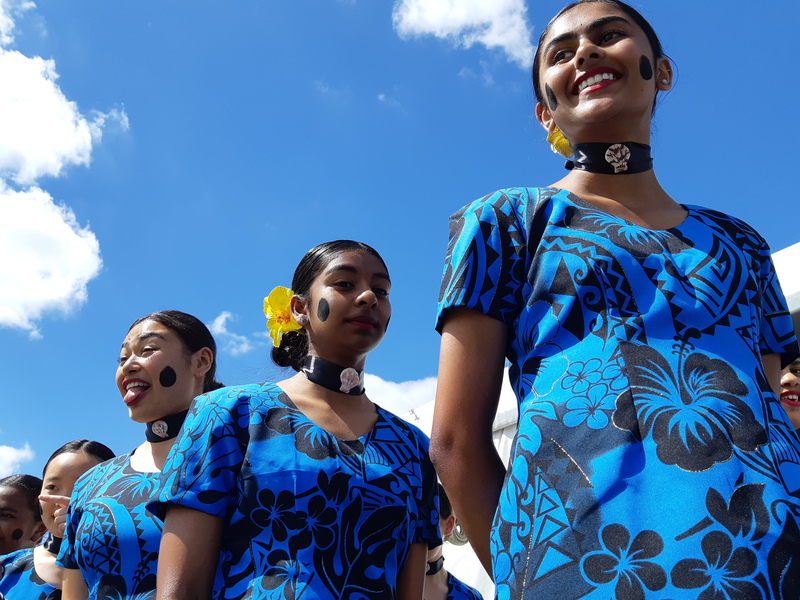 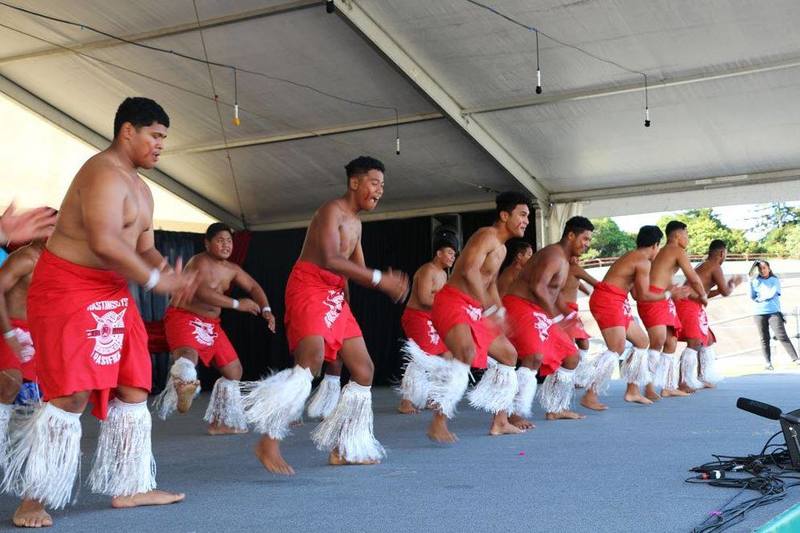 Performers on the Tongan stage. 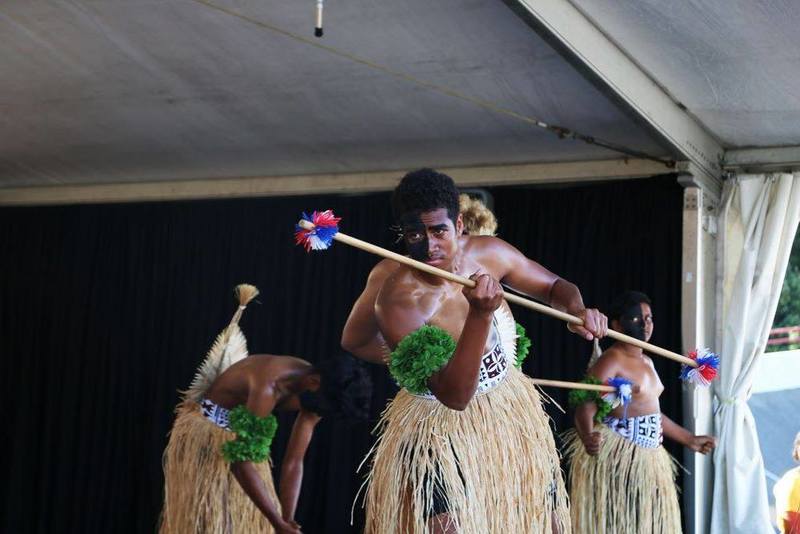 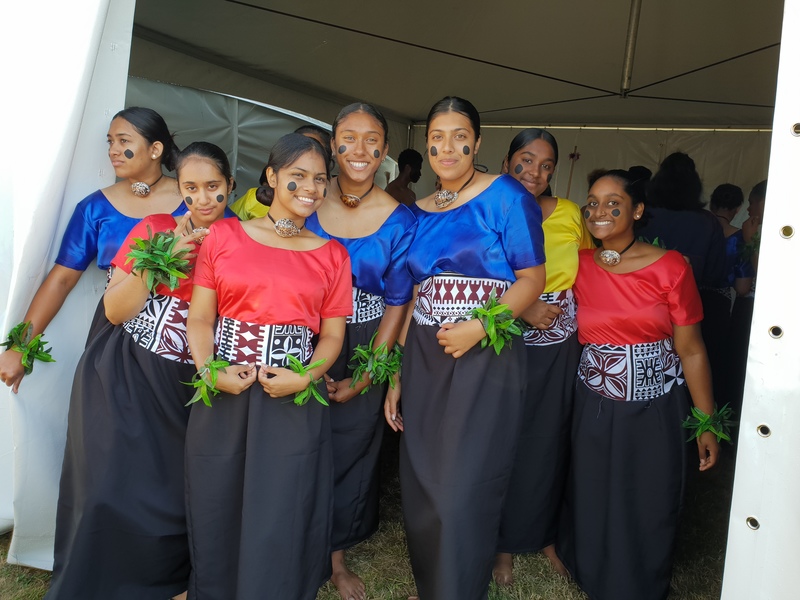 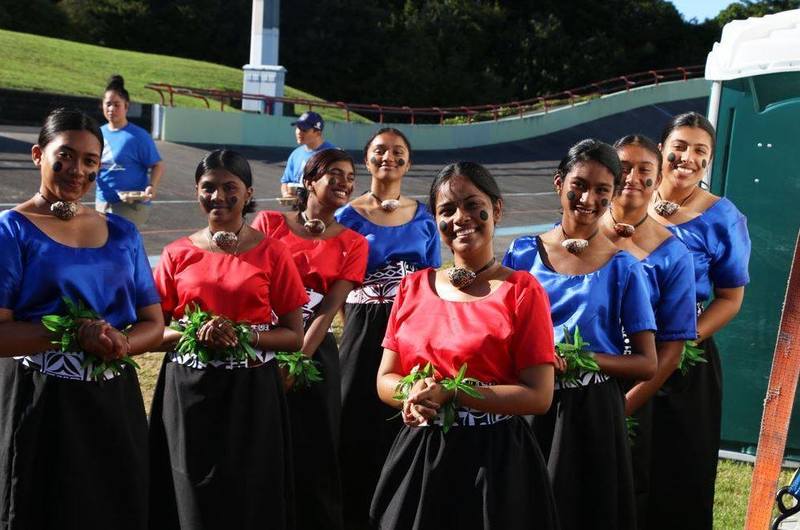 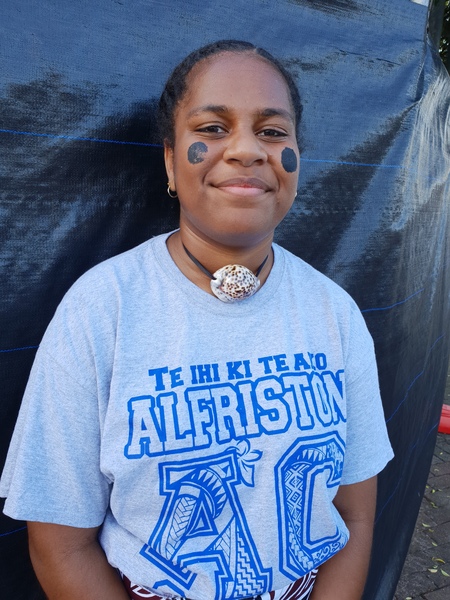 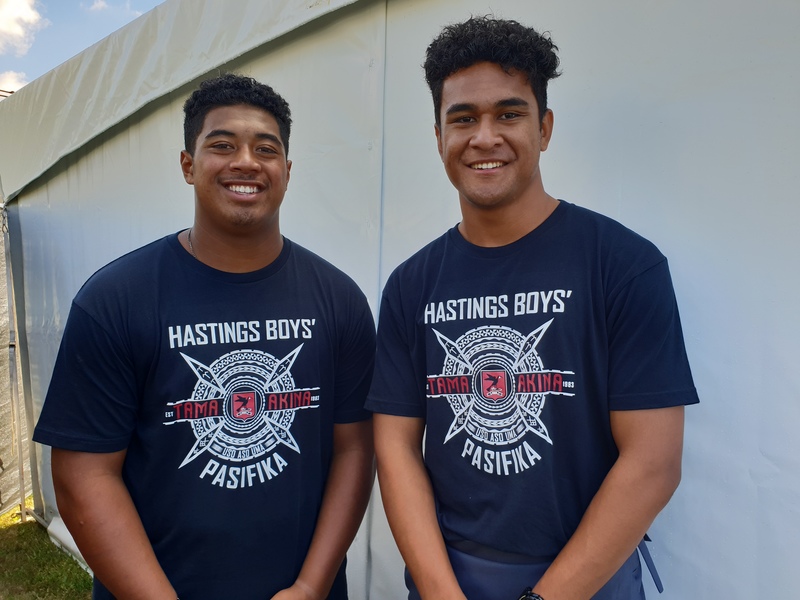 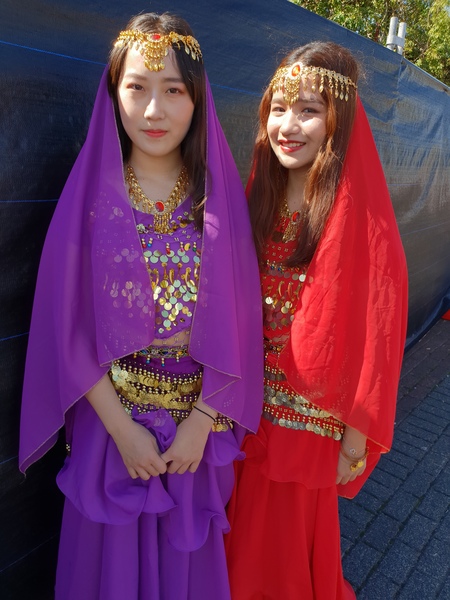 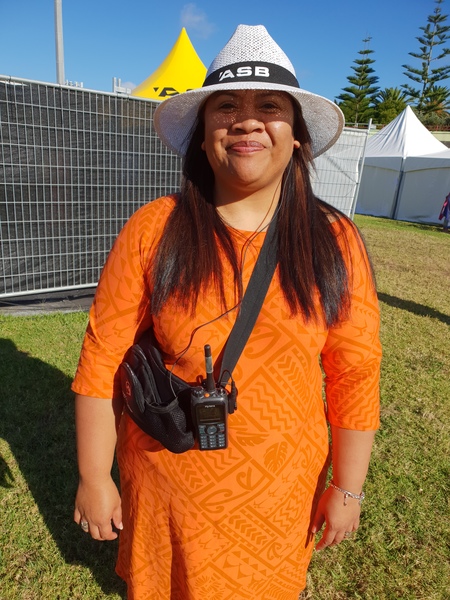 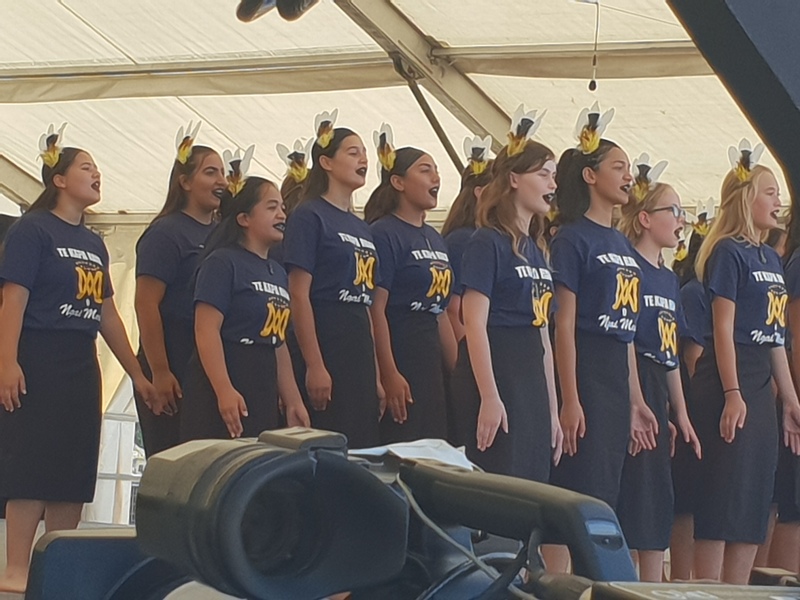 The leader of Hastings Boys High School's Samoan dance troupe Emil Crichton said they aimed for positive interaction with other cultures which can help stimulate the students' creativity.

"Back in Hastings, back at home - it's pretty small. Not so many people like here," he said.

"So yes, good to see everyone supporting others performing and stuff so hopefully we'll get the hype."

Another group member, Tini Nu'u said they were stoked to be in Auckland.

"We came here last year and look at what it's like over here and we decided to bring a performance here," he said.

Mr Crichton said such positive interactions between students from different ethnic backgrounds was good for the future of NZ.

He hopes to return to Polyfest next year - bigger and better.

Officials hope the enthusiasm shown by Hastings Boys' will inspire other schools around NZ to showcase their cultures at Polyfest 2020. 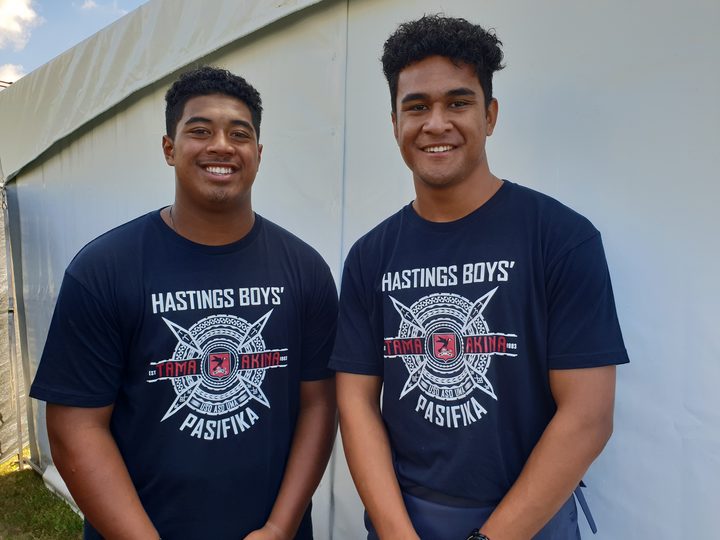