The company's Canadian parent has been granted protection from its creditors while it restructures, which the groups say will lead it to selling its PNG licenses.

For more than a decade, New Ireland civil and community groups have opposed the Nautilus Solwara mining project in the Bismarck Sea over its potential to damage the environment.

Gold and copper deposits on the sea floor enticed Nautilus to form a PNG subsidiary of which the government acquired a 15 percent share.

But with Nautilus now selling its assets to pay debts, the groups want its licenses cancelled so other miners can't continue the project.

With support from the Centre for Environmental Law and Community Rights, the groups went to court to seek the disclosure of the licenses and other documents they say the government is constitutionally bound to produce.

But since the court case finished in September, the centre's executive director Peter Bosip said the judge had not issued a decision.

"The reasons for withholding the decision is not known. It's kind of holding people at ransom. So, we need to know whether we lost or we were successful in this instance," he said. 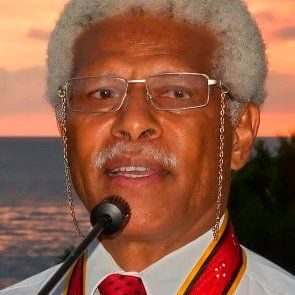 "We don't know and we are still waiting."

Sir Arnold said if the documents were released, they might show the government is liable for the company's debts and was unable to sell its stake.

They should also reveal if the government could reacquire or cancel the licenses, he said.

"All of those are going to be packaged and put on the market for any potential bidders," he said.

"So, our abilities to actually extricate ourselves from those binding licenses and agreements, and to free ourselves from ongoing liabilities may be limited considerably by the current legal entitlements of Nautilus in the region."

The mining minister Johnson Tuke could not be reached for comment.

But given the company's financial strife and the local opposition to deep sea mining, it would be futile for the government to continue to back Nautilus or any entity that tried to acquire the licenses, Mr Bosip said.

"The government has to think about cancelling these licenses because apart from economic loss, they also have to realize that the fight to reject deep sea mining in PNG is not over," he said.

"The communities have mobilized."

Jonathan Mesulam is from a village on the west coast of New Ireland Province just 25km from the Solwara 1 project.

Speaking for the Alliance of Solwara Warriors, Mr Mesulam said New Irelanders had "given their undivided support for many years to stop experimental seabed mining".

"The longer Nautilus is delayed and tied up in protecting itself from bankruptcy the longer they are in debt and not able to get Solwara 1 up and operating, and the closer we are to stopping the project and protecting our livelihoods and seas."

"We strongly believe this unified voice is what is driving Nautilus Minerals out of our country and towards bankruptcy. Other companies thinking of mining the sea floor in PNG or the Pacific should pay attention."

"Regulations, governance, accountability mechanisms, in a developing country like Papa New Guinea, and if I might say so in the Pacific region, are considerably wanting.

"We don't have the capacity of professional institutions to hold to account sufficiently, all the mining giants, multinationals of the world that are continuing to exploit our natural resources."

Tonga, Samoa, Cook Islands, Fiji and Vanuatu may have also given rights to Nautilus that could be sold, Sir Arnold said.

The people of Pacific needed to band together to stop the exploitation of the sea floor and the islanders who depend on the ocean, Mr Bosip said.