The UN Human Rights Council has heard that at least 2000 Papuans have been displaced by escalating violence in Indonesia's Nduga regency.

The claims were part of presentations to the council by the West Papua National Committee, or KNPB, on Wednesday in Geneva. 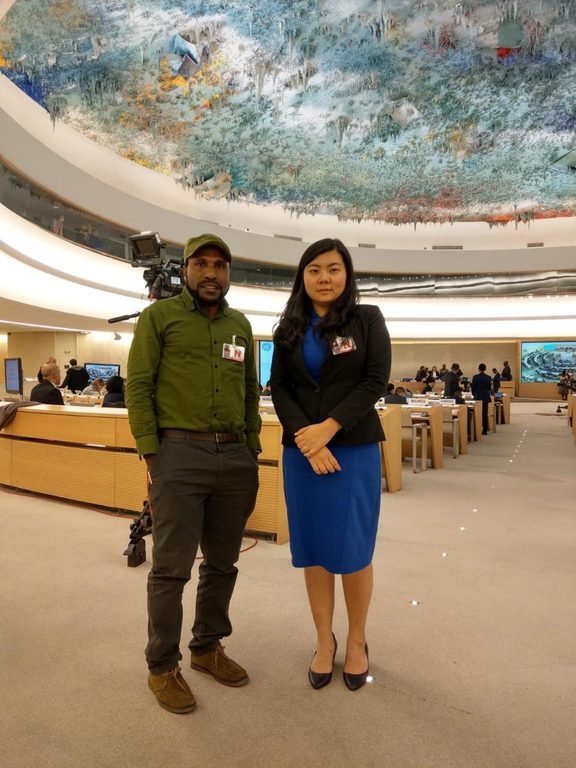 "Joint military and police operation started last December in [the] Nduga region, [causing] excessive use of force. More than 2000 people have become IDPs [internally displaced people], houses were burned down and more than 25 civilians were dead."

Mr Yeimo called on the UN Human Rights Council to encourage Indonesia to allow a UN visit to Papua to assess the situation.

Indonesian state media, reported in February, that more than 400 students and 80 teachers had been displaced by violence in the Central Highlands regency.

However, the military has said its decision to deploy 600 additional combat soldiers to the region last week was to safeguard state construction work and protect civilians from Papuan rebels.

Mr Djani said the West Papua Liberation Army were responsible for attacks in Nduga, including the killing of four Indonesian soldiers last week.

"The same group is also known to scare local villagers to flee their homes to make it as if there is a humanitarian condition in Nduga."

Mr Djani said development in Papua had been a success but had been hindered by rebels.

Mr Yeimo, the KNPB spokesperson, also called on member states to block Indonesia from applying for a seat on the council until it had addressed human rights concerns in the country.

"We, indigenous West Papuans cannot speak out. When we do, Indonesian military or police forces arrest us," Mr Yeimo told the session.

"When we hold public discussion, they disperse us. When we gather peacefully, they say we are [an] illegal organisation. When we want to pray, they charge us with treason and destroy our houses. They isolate us from foreign journalists and humanitarians workers."

Mr Yeimo said Papuans had become a minority in their own land and had been robbed of their natural resources.

Separately at the UNHRC session, an Indonesian lawyer for Papuans, Veronica Koman, called on the council to request Indonesia facilitate the return of displaced people in Papua.