France's right-wing National Rally party has presented its candidates for the election of the assembly of New Caledonia's southern province in May.

Out of the three provincial assemblies, a 54-member Congress will be formed for a five-year term. 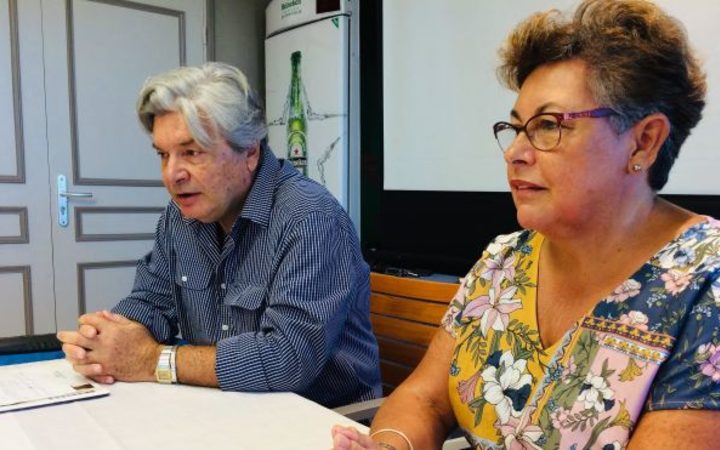 France's right-wing National Rally party candidate, Alain Descombels (Left) "we do not want an associated state, nor of partnership, we want to remain French, and for us, it is priority." Photo: France Info: Cédrick Wakahugnème (CM)

The National Rally list is topped by a local businessman Alain Descombels, who had earlier been with two other anti-independence parties, Future Together and Caledonia Together.

He said his party is the only one not deviating from wanting to remain French, rejecting any notion of New Caledonia entering a partnership with France or becoming an associated state.

The party hopes to draw on the support shown to the party leader Marine Le Pen in the 2017 French presidential election when she won more votes in Noumea than Emmanuel Macron.

The party is expected to join an anti-independence coalition list in the northern province which is a stronghold of the pro-independence parties.

Mr Descombels said in the lead-up to the 12 May vote, both Ms Le Pen and the party's deputy leader Louis Aliot would visit New Caledonia and attend campaign meetings.