A refugee detained on Manus Island has told the UN Human Rights Council to hold Australia accountable for its treatment of asylum seekers. 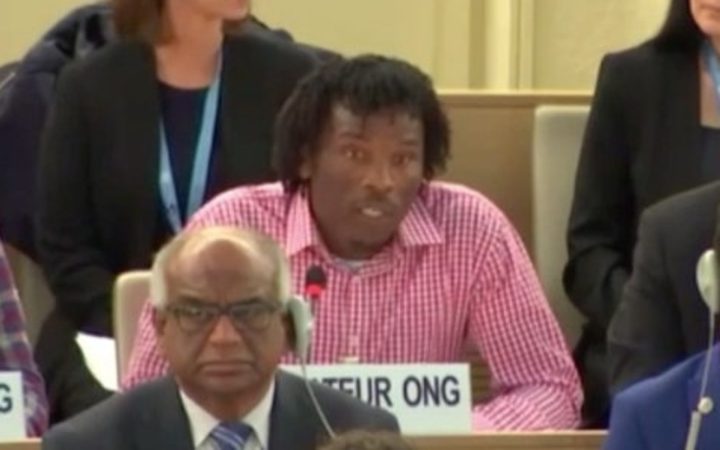 After winning the Martin Ennals Award for human rights defenders at a ceremony last month in Switzerland, Abdul Aziz Muhamat stayed in the country to address the council in Geneva.

Speaking on behalf of the Human Rights Law Center, Mr Muhamat read a statement in which he claimed Australia was detaining refugees on Manus and Nauru in cruel and inhumane conditions that amount to torture.

"I would like to invite you all to think about your life over the last six years. You may have found a new job, started a family, travelled or contributed to your community.

"I also had dreams like these, but then I was forced to leave Sudan to look for safety and hope.

"But the Australian government does not want you to know my dreams, or even my name. Instead they give us numbers. My number is QNK002.

"I have been detained on Manus Island for six years by the Australian government. I'm only here because I received the Martin Ennals Award for human rights defenders. Many men and women are still being detained on Manus and Nauru.

"We are held in cruel and inhumane conditions that amount to torture. 12 people have died. I witnessed my friend being beaten to death by guards.

"Many others, including children, have attempted suicide - over 40 suicide attempts were made on Manus in just three months last year.

"We have no rights. We are not safe. We cannot go to Australia, or elsewhere, because the Australian Government will not allow it. We cannot go home, as it is unsafe. We are all sick and we have lost hope. We are in limbo.

"After six years, we deserve our lives back and a future. We urge your mandates to take this up with the Australian government, which deserves to be held accountable by this Council." 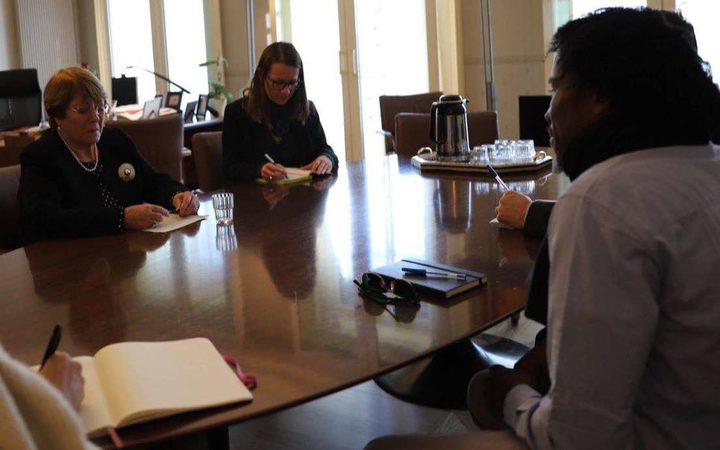