A leading European Union official has urged Pacific Island leaders to do more to ensure the elimination of violence against women and girls in the region. 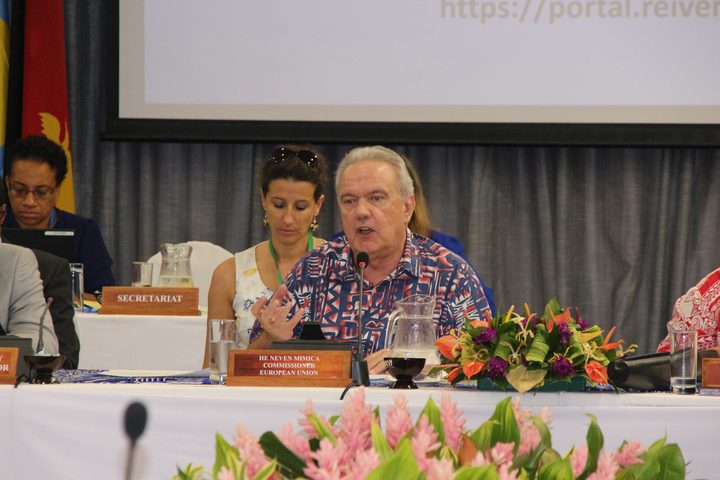 Neven Mimica, the EU commissioner for International Co-operation and Development, is in the region this week.

He oversaw the launching of the EU's Spotlight Initiative To Eliminate Violence Against Women and Girls at the Taumeasina Island Resort in Apia.

According to Mr Mimica there have been some gains in countering domestic violence, but everyone can do more.

"Collectively all of us here today are here to help break this cycle, because the scourge of domestric violence will not be stopped by one person, one organisation, or one country alone," Neven Mimica said.

In Samoa's capital, Mr Mimica met with a number of Pacific Islands leaders for negotiations on relations between the EU and 79 countries in the Africa, the Caribbean and the Pacific group. 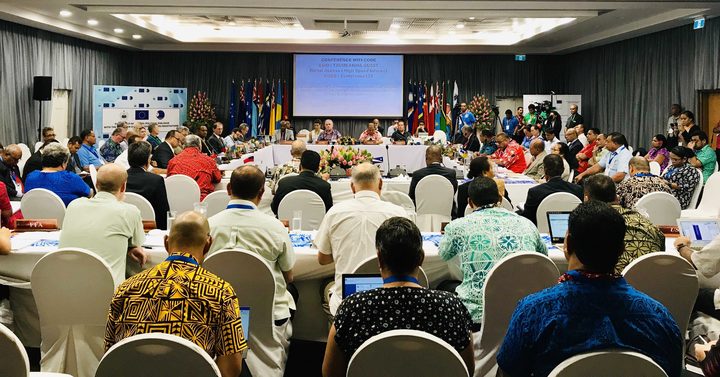 EU officials meet with Pacific Islands leaders in the Africa, the Caribbean and the Pacific group, Apia, 26 February 2019 Photo: EU

"The EU's commitment to and partnership with the Pacific region is strong. We are natural partners in the tackling of global challenges such as climate change, and we continue to work together," Mr Mimica added.

The Apia event was part of discussions among "high level" delegates including the commissioner and local leaders which have begun on how to implement a European Union Pacific Partnership initiative in the region.

Launched last November, it aims to prevent all forms of violence against women and girls by addressing their root causes.

Interventions will also strengthen systems for collecting data on violence against women and girls and empower women's movements.

"Samoa reaffirms its commitment to the protection and promotion of human rights of all persons and to advancing our efforts to address discrimination against women," Tuilaepa said.