The potential for a tropical depression northwest of Samoa to develop into a cyclone is high, the Samoa Meteorology Division says.

A Severe Weather Information Bulletin issued at 5pm (local time) today said the depression, TD11F, was about 580 kms northwest of Apia, tracking south towards the west of Samoa.

"The potential for this system to develop into a Tropical Cyclone in the next 24-36 hours is HIGH."

The bulletin also said heavy rain and strong winds would affect most locations and that flooding and landslides were possible in low-lying and vulnerable areas.

Mariners were warned about high swells and rough seas, while dangerous surf was also possible for coastal locations.

The National Weather Service in Pago Pago has issued a storm watch for Tutuila, Aunu`u, Manu`a and Swains Island.

On Saturday (local time), between four and five inches of rain fell on the main island of Tutuila, flooding homes and bringing down landslides.

RNZ Pacific's correspondent said there was flooding in Tafuna and in Ottoville, where the water reached the windows of smaller cars. 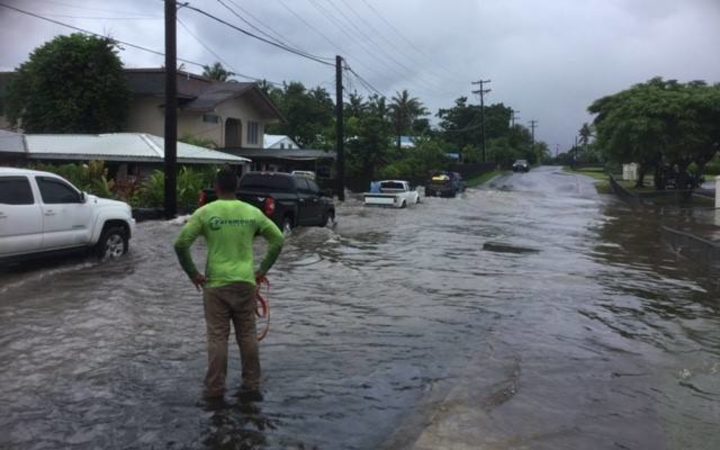 A forecaster with the service, Hans Malala, said the depression could reach Pago Pago on Sunday night.

"We're expecting all the showers, all the rain up north to move over us later on tonight, Monday and Tuesday," Mr Malala said.

Mariners had been warned about gales, he added.