Over 1,000 old cars abandoned on the Rarotonga roadsides in the Cook Islands are waiting to be scrapped.

Cook Islands General Transport said the rusting vehicles are off putting for tourists, use up valuable agricultural land and pose a health hazard as breeding grounds for mosquitos. 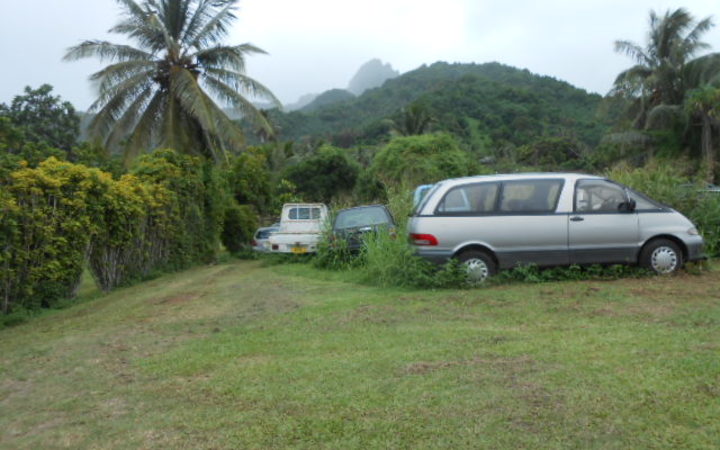 Car wrecks on the side of the road in Rarotonga Photo: Supplied/ CIGT

Business Development Manager, Jessie Sword, said people need to take responsibility for taking their old cars to the wreckers rather than just leaving them where they break down.

"The vehicles really need to be cleared away and appropriately disposed of at the recycling centre so we can actually process them and send them back where they come from," Jessie Sword said.

"You know send them off island so we can make better use of our land, not becoming a health and eyesore issue."

Jessie Sword said she is working with the government and other agencies to get more funding to deal with the cars so they can be cleared and crushed by the island's baler before being shipped offshore for scrap metal. 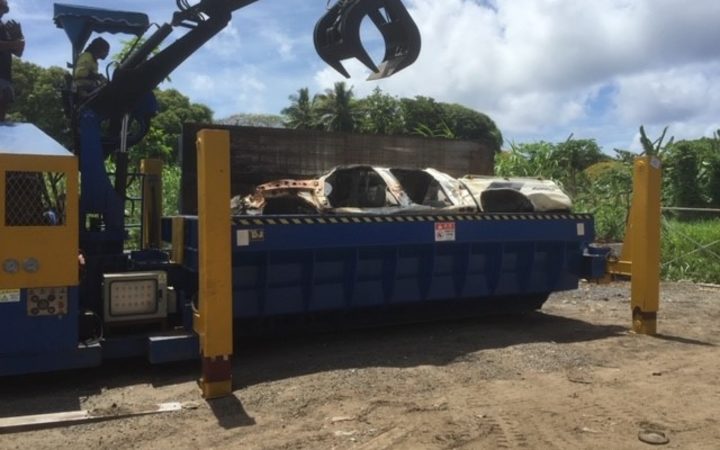 A the vehicle whole state then baled state, then being hoisted out of the baler for stacking inside container for shipping. Photo: Supplied/ CIGT