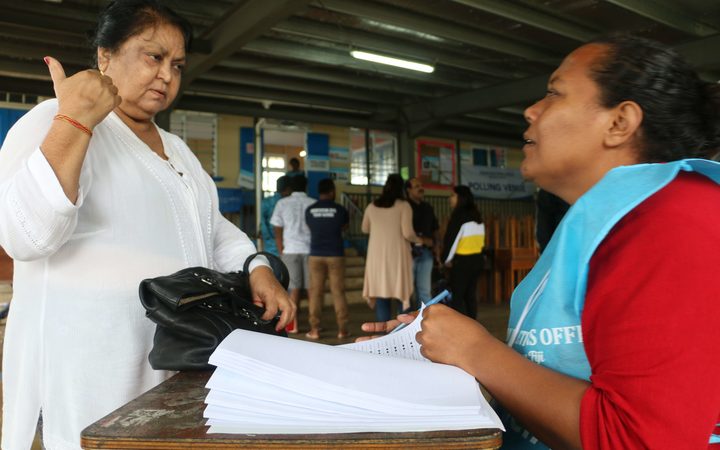 A voter in Fiji seeking confirmation about where to vote Photo: RNZ Pacific / Koroi Hawkins

The report described the election as "credible".

However, Mr Rabuka said it doesn't reference recommendations from the 2014 election report which he said the government ignored.

"The Constitution, the Electoral Act, those are the things they should have looked at. The social-political situation in Fiji and how adequate and applicable the system of elections was," said Sitiveni Rabuka.

He also said the report on failed to take the country's social-political backdrop into account.

Mr Rabuka pointed to the lack of awareness among Fiji's rural voters, saying the country's rural population is politically disconnected, unmotivated and uninformed.

He said, for example, the observers failed to note the effect of the sugarcane cutting season on the polls.

Many men are away from home then and unable to cast even a postal ballot, Mr Rabuka said.

"Many of them didn't even know they were going to be cutting cane at that time. They didn't know until October when the election date was going to be. By that time they were already in the sugarcane fields."

Sitiveni Rabuka said he was pleased the report recognised the need for candidates' political parties to be identified on official election documents.