Buoyed by the government's defeat over the so called Medevac bill, the refugees called on the opposition to push New Zealand resettlement through parliament. 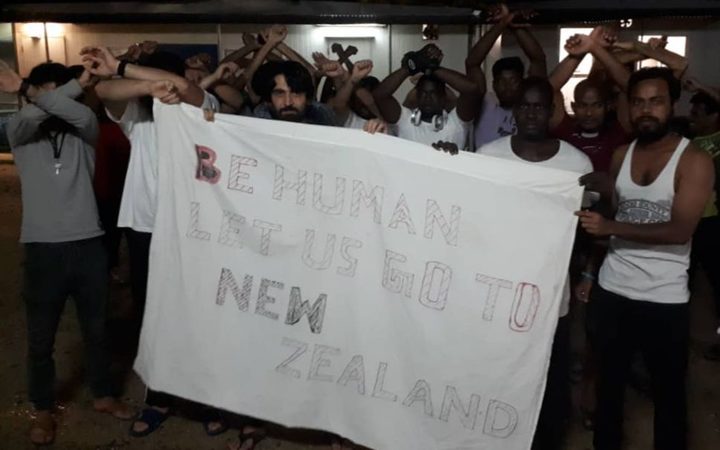 The offer for 150 refugees each year was first made in 2013 but never taken up, purportedly over fears the refugees would use New Zealand as a back door to enter Australia.

New Zealand's preference is to resettle children and their parents first, most of whom are now detained on Australia's mainland.

About 1000 refugees remain in indefinite detention on Papua New Guinea's Manus and Nauru, where most have been exiled for almost six years.

On Manus, a group of refugees staged a protest this week calling for Canberra to take up the offer.

"We all think it's the time if you really want us to be free before the Liberal tenure finishes."

The medevac bill, which gives doctors more power to compel the transfer of sick refugees to Australia, was co-sponsored by the main opposition Labor party.

Its leader, Bill Shorten, has indicated he will accept the New Zealand offer if his party wins this year's general election.

Tacit campaigning has already begun, with the government branding the refugees criminals in the hope of arousing support for prolonging their detention and the Liberal Party's grasp on power.

But at the protest, Sri Lankan refugee Shaminda Kanapathi pointed out the refugees had been detained without trial.

"I have not committed any crime but seeking asylum in Australia," Mr Kanapathi said. 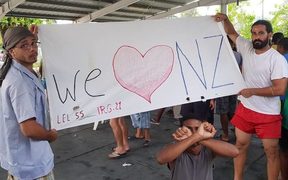 "We have a lot of educated and skillful people in here. We think that we can play an important role in the economy of New Zealand."

Forcing acceptance of the offer would also save Australian tax payers money, Mr Hussein argued while referencing the scandal over the Manus security contractor Paladin.

"It's not us who is eating your money, it's the government of Australia and their beloved contractors," he said.

"So for Australians, I'm very sorry, they didn't spend nine billion on us. In nine billion they might spend one billion and eight billion went in their pockets."

Mr Kanapathi agreed New Zealand would benefit from the refugees' gratitude for resettlement in "a safe country".

"We will be very grateful and productive citizens for the New Zealand government," he said.

"There are many educated and talented young men among us yet their talents have been dumped and wasted on Manus and Nauru."