Vanuatu is looking at alternatives to plastic baby nappies which are clogging the country's landfills. 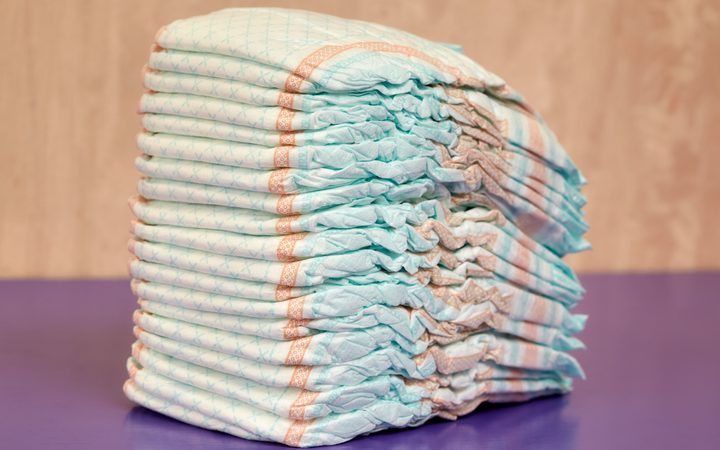 This follows a study by overseas litter experts who looked at what sort of rubbish Vanuatu produces and came up with solutions specific for the country.

They found compostable waste is also a big contributor to Vanuatu landfills.

"I think the diapers and the composting together present almost 80 percent of their waste", said Thomas Maes, principal investigator with the Commonwealth Litter Programme (CLiP).

Mr Maes and his team have been investigating Vanuatu's waste issues over the past four months and another CLiP team has been working in the Solomon Islands.

The teams have devised action plans for the two countries and some of the findings were presented to a regional conference on marine litter in Port Vila this week.

Vanuatu looks likely to go ahead with the recommendations, Mr Maes said.

While nappies are a huge problem for Vanuatu's landfills, in Solomon Islands aluminium cans are the issue, according to Mr Maes.

Although Pacific islands produce a fraction of the waste of other countries, bad waste management practices may be contributing to the problem of microplastics in the oceans, Mr Maes said.

"We see lots of small fragments of plastic occurring where there is no collection system and it is mainly to do with the fact that people do have waste, they need to cope with it, so they start burning it and then dumping it or burying it."

Vanuatu brought in a ban on single use plastics last July and the teams' surveys showed people are willing to reduce their use of plastics, Mr Maes said

"They are very used to a life without plastics.

"If you ask them who should take action, they list themselves first, together with NGOs, before they mention government."

That was unlike people in the UK, Mr Maes said.

Wide-ranging action plans for both Vanuatu and Solomon Islands include strategies around reduction, reuse and recycling, he said.