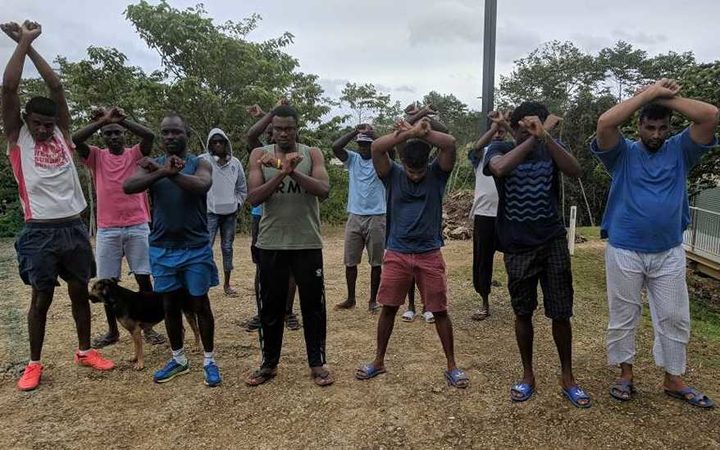 The company provides services to refugees detained by Australia on Manus Island.

It has been the subject of an investigation by the Australian Financial Review that raised questions about the Australian government's decision to award it $US300 million worth of contracts.

But he said the PNG government required "local participation in the provision of services".

"Foreign companies that are awarded contracts are encouraged to engage local companies and recruit local labour in the provision of services," Mr Thomas said. 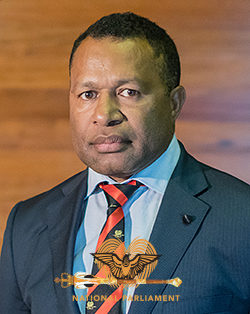 "Given concerns raised in the media about the directors of the company, the experience and track record of the company, PNG will raise its concerns through the (Australian) Department of Home Affairs."

The department faced questions on Monday from Australian Senators.

Department Head Mike Pezzullo admitted Paladin was hired in a rush partly because major companies were not interested.

Time pressure was also generated by the PNG government's decision in July 2017 not to provide security for refugees beyond October that year.

However, Mr Thomas said the visa of one of Paladin's directors was cancelled because the company failed to conform with PNG government policy.

"I can confirm that the visa of one of the directors of the company was cancelled because of the company not adhering to the government's position on recruitment of local labour by recruiting security personnel from overseas and not following the process in dealing with visa matters," he said.

We haven’t seen any service provided by Paladin on Manus, only 500 locals employed to walk around here and watch what we do everyday. They’re paid $5000 per year. The question is what happens to the remaining $419 million Paladin’s been receiving from the Australian gov.#auspol

PNG company Peran, controlled by three brothers of Manus Open MP Job Pomat, has been subcontracted by Paladin to provide about 40 staff.

Mr Pomat told RNZ Pacific his family had "nothing to hide".

Mr Thomas said his government was "keen to see the closure" of three facilities on Manus, where about 600 refugees are indefinitely detained.

"The PNG government has maintained its position that as long as there is one person remaining in PNG under the RRA arrangement, the Australian government will continue to provide the financial and other necessary support until the last person is resettled or returns home."