Cyclone Oma is continuing to lash New Caledonia's far north, but is slowly edging away from the French territory. 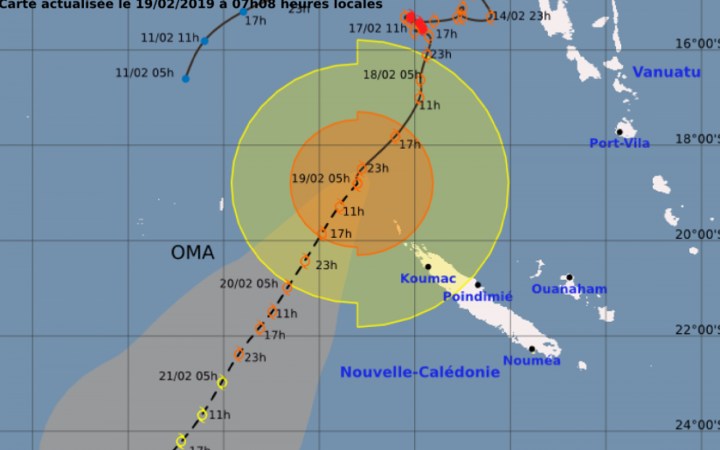 The storm has cut electricity to nearly 3000 homes, downed trees and flooded roads as it nears the territory.

Oma, which Fiji's Met Service is calling a category three cyclone, is moving south westwards at around 15km/h.

Agnes Royer is a resident of Pouembout near the northwest coast of New Caledonia's main island.

She told RNZ Pacific the cyclone had brought a lot of wind and rain, but that there had been some quiet patches where the severe weather abated.

Ms Royer said she had to leave her work in nearby Koné because of flooding due to the heavy rains.

"There are a lot of broken branches and damaged trees but the most dangerous thing about this cyclone is the amount of rain that swells the streams and floods the roads, thus preventing people from reaching their homes," Ms Royer said.

Town halls of the communes of Koné and Pouembout have established emergency places to help people who can't access their homes due to Oma.

Oma is expected to strengthen slightly as it moves away from the territory. 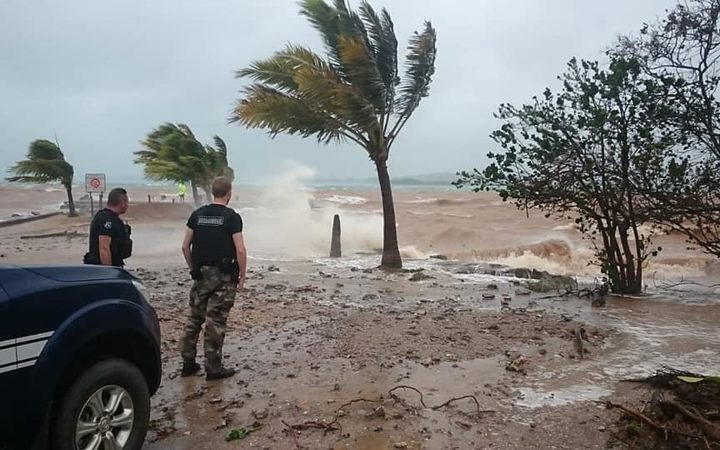 Heavy rain and strong winds of up to 150km/h in the far north are expected.

In the south 100km/h gusts are forecast.

Oma has delayed the return to school in North Province until Thursday.

Civil defence authorities have placed the far north on alert level two which advises people to stay off the roads and take shelter.

The rest of the of the territory is on pre-alert.

Earlier, the Civil Security department said a child was injured by loose sheet metal in the town of Pouébo, but did not require evacuation to hospital.

The French met service said Tropical Cyclone Oma had become a depression, but the Fiji and New Zealand met services say the system is still a cyclone.

Oma caused damage in Vanuatu's northern provinces and the south of Solomon Islands over the weekend.