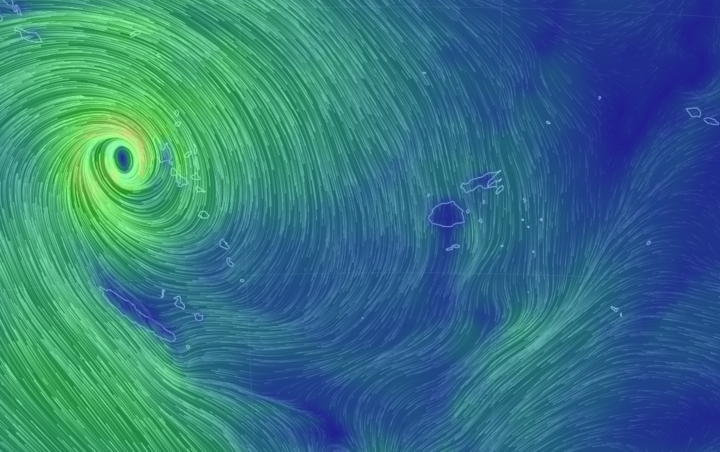 Cyclone Oma is slowing down and gathering strength as it sits off Vanuatu's Santo for a third straight day.

The storm, still a category two, is about 295 kilometres west-southwest of the country's largest island.

It's followed an unusual path and completed three loops off Santo's western coast.

In doing this, the island's been lashed with torrential rains, strong storm surges, and winds in excess of 100 kilometres an hour.

The Vanuatu Meteorological Service says Oma's proving difficult to forecast, but it is gradually moving southwest away from Vanuatu.

However, storm warnings are still in force for at least the next 24 hours.