Police from New Zealand and Australia will increase their presence in the Pacific as part of a new agreement to tackle transnational crime. 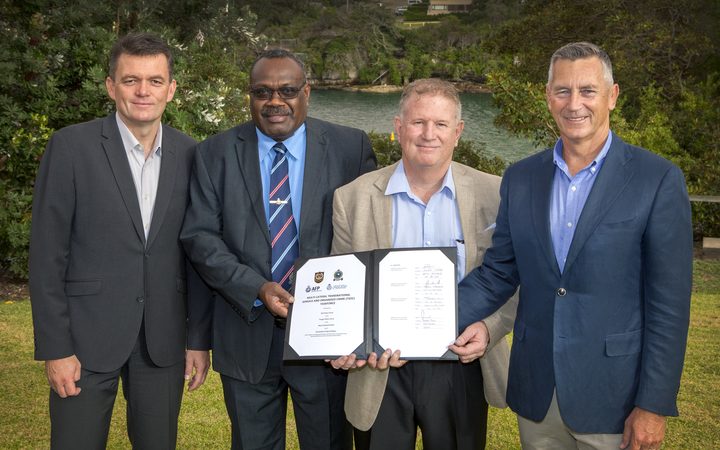 Fiji and Tonga have also signed up to the Serious and Organised Crime Pacific Taskforce, which will target criminal groups.

New Zealand's Police Commissioner Mike Bush said Pacific police forces were already working well together but it was time to take that cooperation to "another level".

"We don't want to give too much away but we'll be increasing our presence, New Zealand, Australia and other countries, across the Pacific areas in conjunction with their law enforcement from an intelligence perspective but also from an investigation targeting perspective."

Police commissioners from the four countries signed a memorandum of understanding in Sydney this week to establish the taskforce, which could be expanded to include other nations, Mr Bush said

"We're open to signing memorandums of understanding with other countries so that we are more inclusive."

Drug traffickers will be the taskforce's main targets but gangs responsible for cyber crime and child exploitation are also in its crosshairs, Mr Bush said.

Individuals were likely to be charged in the countries where they were arrested but with enhanced intelligence sharing at the core of the new deal, Mr Bush agreed it could lead to more extradition's "dependant on the circumstances".

"The minimum we'll be doing is sharing more but being really proactive about getting the information, understanding what's happening on the ground in all of those countries and then targeting the people involved," he said.

Good people in the region had nothing to fear from any increase in surveillance and police presence, the commissioner added.

"The message we have for people is that if they're not involved with serious and organized crime than they've got absolutely nothing to be concerned about. We're here to keep people safe from those bad people that want to inflict harm on others."