A Fiji opposition MP says events on the island of Malolo should be a warning to all landowners in the country.

Villagers on Malolo said a Chinese resort development has damaged their fishing grounds, mangroves and reefs.

But the developer, Freesoul Real Estate, has defended its work saying it followed all the processes required under its leases.

The company has been charged with failing to comply with a Prohibition Notice and for carrying out development without an approved Environmental Impact Assessment Report.

The MP Lenora Qereqeretabua said all Fiji landowners need to be aware of the impacts development can have.

"That it's not about the quick buck. Very short-term, you know just looking just to the end of their noses.

"We are stewards of an inheritance that's been handed over to us by our forefathers and we have a real responsibility as members of landowning units, indigenous landowning units to make sure that we leave something for our descendants."

"They need to be asking questions," she said.

"They need to be involved in every aspect of the development." 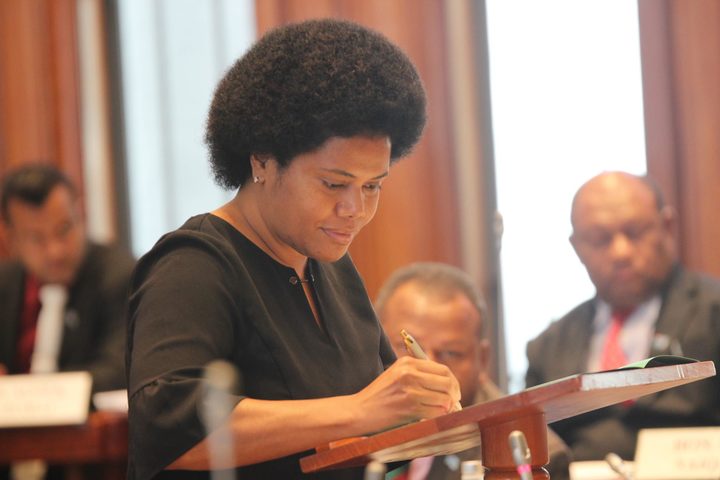 Ms Qereqeretabua said the Chinese developer, Freesoul Real Estate, must be brought to justice over its "blatant disregard of Fiji's resources and laws".

"And I am shocked that this has happened in an area where a lot of tourism development has already happened."