The retirement of a British pilot after 25 years working in Papua New Guinea has brought home how the country's rural lives remain deeply reliant on aviation services. 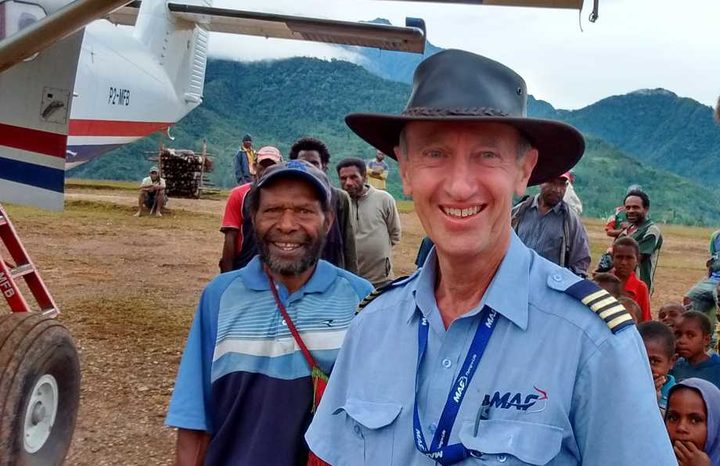 When I caught him on the phone the next day, Captain Duncalfe reflected how what initially brought him to work in PNG was a sense of conviction that it was the right thing to do.

Coming to PNG was a big step into the unknown for he and his wife Nicki, and he admitted that they weren't initially sure of the sustainability of this career choice.

Going on the reception he received in the communities he visited last week, Captain Duncalfe's efforts have been well worth it.

Two and a half decades worth of flying cargo and people in PNG's remote parts had offered him many insights into how aviation helps transform communities who have little other access to the outside world.

It also presented him the frequent challenges of flying in an intemperate climate to villages in invariably rugged terrain, where airstrips are often perched on the side of a mountain or hillside. 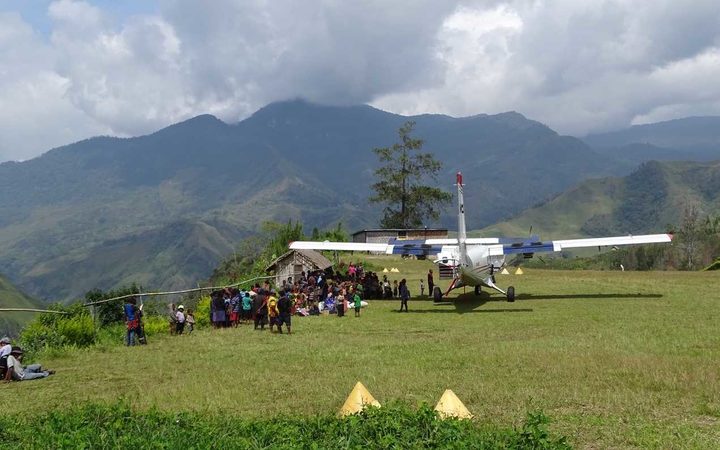 Captain Duncalfe said he loved working as a pilot in PNG which he called a spectacular country in which to fly.

"But it's what we achieve, it's seeing the transformation in communities that have absolutely no access to the outside world. And when we take in a load of building supplies and you know that it's for a new school or that's for a new health centre, then you know that that's making a difference."

When it comes to his job, Captain Duncalfe has handled plenty of emergency situations.

These range from flying help to disaster-hit communities and medivaccing pregnant women in difficult labour situations, to transporting relief to communities struggling since a 7.5 magnitude earthquake in Southern Highlands a year ago.

"The bigger picture is the changes within a community through education, health, and building up the church, things like that," he said. 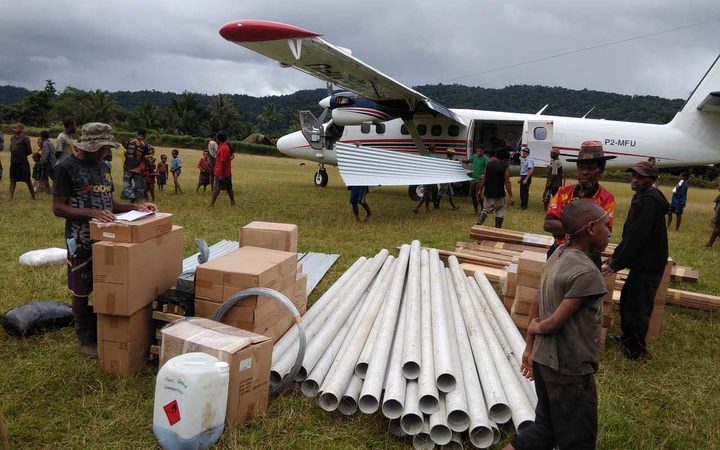 Captain Duncalfe and his wife typify the kind of duty to service common in many pilots, teachers, health workers and missionaries who come to the Highlands to work.

A friend who grew up in Mt Hagen recalled that her first computer lessons were from Nicki Duncalfe, telling me the husband and wife team had been of great service to many people.

Mission Aviation fellowship has operated in PNG serving its remote communities since 1951, a reminder of a long history of aviation in the country.

Air links came well before roads to many parts of PNG, and to this day the arrival of a plane, or balus, on a rural air strip is highly anticipated by villagers.

They line the runway to greet the arriving plane, eagerly awaiting to see what or who the balus is bringing. It is often a highlight of a week, or month in these communities.

The pilot has made many human connections, from the people he has worked with among MAF's national staff, to people whose villages he travelled to over the years. 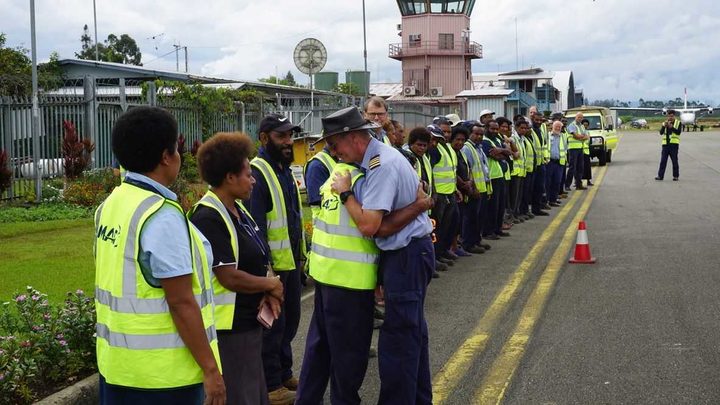 An impromptu farewell he received on his final working flight in the MAF Twin Otter was deeply moving, he explained.

It was at a village community in Dusin, on a ridge in the Bismarck Schrader Ranges. Here he, his wife and four sons had gone to do their bush orientation after first arriving in PNG in 1994.

The pilot had travelled back to Dusin many times over the years.

"That's always been my PNG root connection, if you like. And that's lasted right the way through this time, so again when I landed yesterday and said this is my last time, there were some spontaneous gifts. 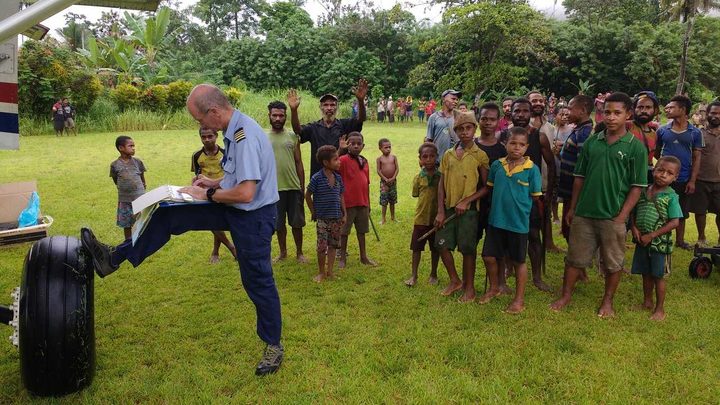 Michael Duncalfe on his last day of flying for MAF, 7 February 2019, completing paper work for his next flight. Photo: Mission Aviation Fellowship PNG

Next, Michael and Nicki Duncalfe are to return to the United Kingdom after a holiday in Australia and New Zealand. But PNG will always remain part of him, he said.

"And I know that if I ever go back there, then once again I will always be welcome and known in the community."