An economist says the Papua New Guinea government is deliberately using fake figures to paint a picture of a more rosy economy.

Paul Flanagan from PNG Economics said the Peter O'Neill/Charles Abel government has corrupted the figures to claim the economy is much bigger than it actually is. 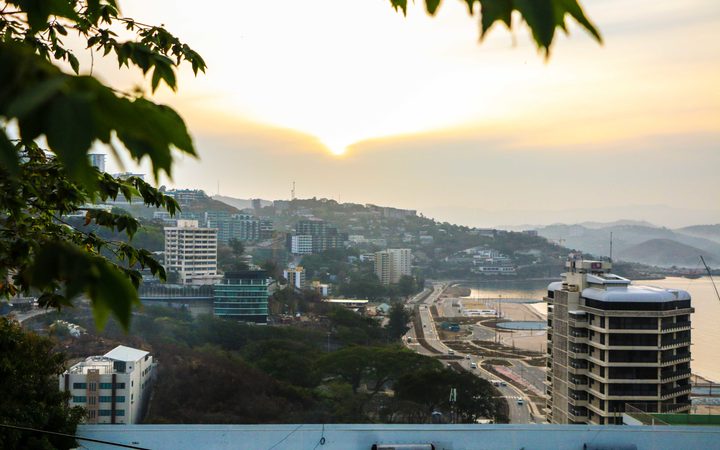 Port Moresby's waterfront has been re-developed in time for the APEC leaders Summit in mid-November 2018 Photo: RNZ / Koroi Hawkins

He said there's an 18 percent gap in Gross Domestic Product figures between what the government has used, compared with its own National Statistics Office and the International Monetary Fund.

Mr Flanagan said PNG suffered a recession in 2015 and 2016 but this did not suit the government's narrative of a growing, successful economy so it came up with different figures.

While PNG's Treasurer Charles Abel acknowledged that the issue raised was valid, he put it down to the fact that the International Monetary Fund recently recommended a change in the methodology for calculation of GDP.

"The PNG National Statistics Office has hastily adopted this method and published some preliminary numbers relating to 2014 and 2015 with little consultation with the Bank of PNG or Treasury," Mr Abel explained.

He said the variance in numbers had arisen as a result of this change in ground rules.

"The Bank and Treasury have raised a series of questions to the NSO, IMF and the Australian Bureau of Statistics about the new methodology and the basis of some of NSO's GDP aggregates especially relating to growth in the LNG sector.

"There is concurrence from the NSO and the IMF that the issues raised are valid. The NSO will publish final numbers in February with validation by ABS," Mr Abel said.