China's President has presided over a ceremony to formally open a Chinese-built six-lane road in Papua New Guinea's capital. 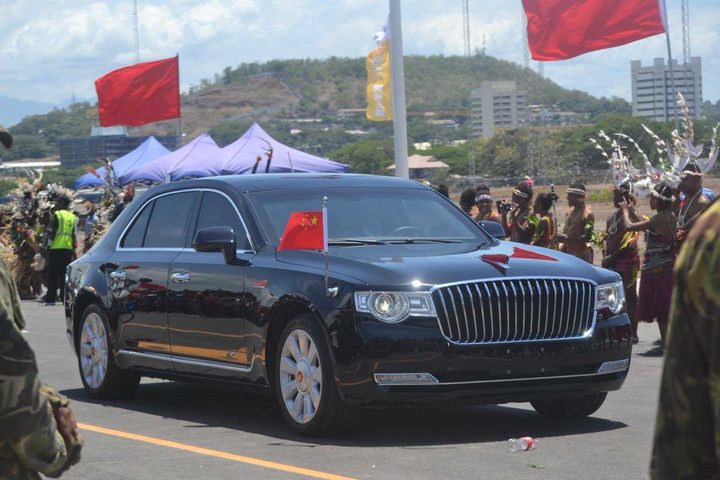 Xi Jinping is in Port Moresby to attend this weekend's APEC leaders summit.

He and PNG's Prime Minister Peter O'Neill gave speeches today at the opening of the new road in Waigani known as Independence Boulevard.

He said PNG was a young, growing country which faced similar challenges to what China experienced forty years ago when it opened up to the global community.

"Papua New Guinea is a very rural country with a big rural population. It is a small country, small economy, but with huge potential. That's why the strong partnership that we develop between our two countries is helping us develop and grow our economy."

As well as the $US12 million road President Xi also opened unveiled the Butuka Academy in the capital's Moresby South District.

The new secondary school was reportedly built in partnership with Shenzhen City of China at a cost of US$20 million.