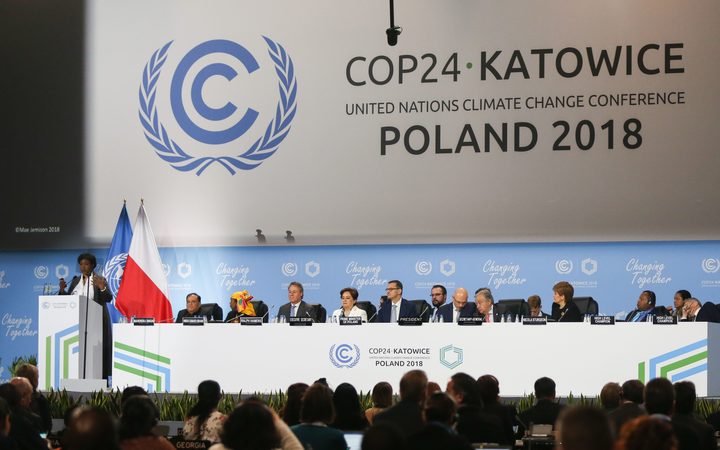 Fiji has appealed to the world for more funding for climate vulnerable nations at the COP 24 summit in Poland.

Prime Minister Frank Bainimarama says while some of the Green Climate Fund finance has started to flow, it should be more focussed on where it is needed most.

While in Poland, Mr Bainimarama has launched Fiji's National Adaptation Plan which he said is a systematic and strategic approach to adaptation in all government decision-making.

"We are placing a particular emphasis on agriculture, fisheries, biodiversity, health and a range of adaptation action in all of our communities, from our cities to small rural and maritime communities," Mr Bainimarama.

He said the plan will include building sea walls and relocating communities threatened by rising seas, as well as strengthening infrastructure through improved building codes.

According to Fiji, these are the kinds of adaptation measures which must be supported because they are vital to withstand extreme weather events that are now more frequent and intense.