Fiji's re-elected prime minister Frank Bainimarama has been sworn in to office at a ceremony in Suva. 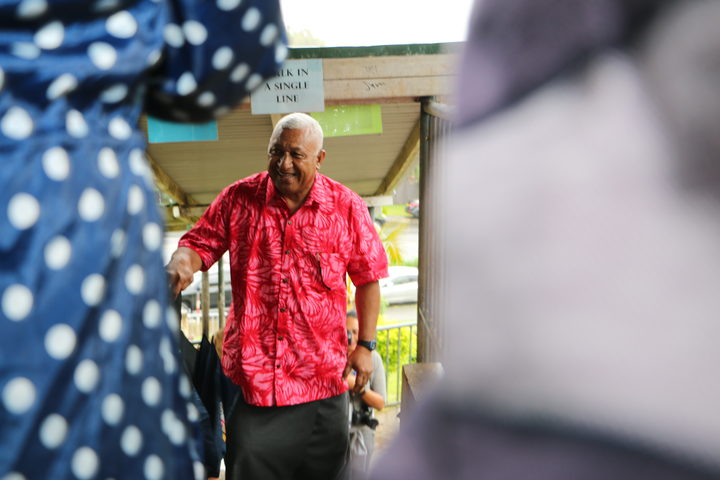 Mr Bainimarama's FijiFirst party will have another four years in power after last week's election.

"I, Josaia Voreqe Bainimarama swear that I will be faithful and bare true allegiance for the Republic of Fiji, according to law," Mr Bainimarama said before a gathering of party members, diplomats, senior members of the military and judiciary at the presidential residence, State House.

"And I will obey, observe, uphold and maintain the constitution of the Republic of Fiji, so help me God."

Mr Bainimarama's party won 50.02 percent of the vote and 27 seats in the 51 seat parliament.

He is due to announce his ministerial line-up this week.