Counting is still underway in Fiji after voters went to the polls yesterday.

Booklets containing the signed off results are being transported to the National Result Centre in Suva from polling venues around the country.

Earlier today Frank Bainimarama's Fiji First Party held just over half of the votes at the end of provisional vote counting. 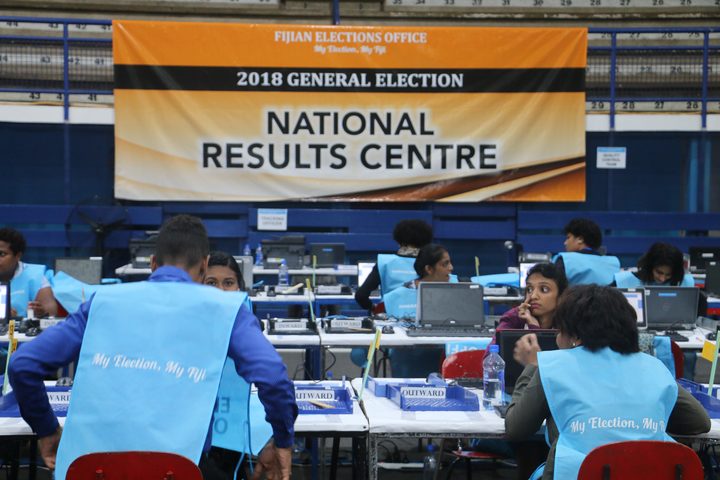 The National Federation Party had 7.5 percent and was the only other party so far to have passed the 5 percent threshold to gain seats.

Voter turnout ranged from 53 percent to 61 percent in Fiji's four divisions, according to the Fijian Elections Office. 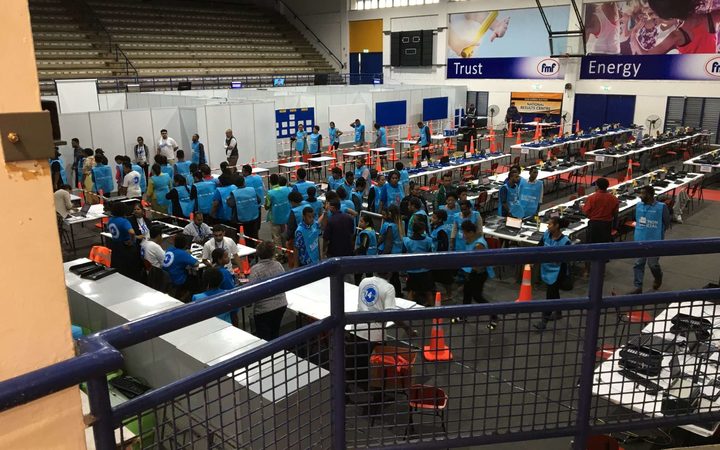 The counting of votes continued through the night in Suva. Photo: RNZ Pacific/Sally Round

A date has yet to be set for them to vote and a campaign blackout with accompanying media restrictions has been extended.

Final vote counting has begun after 70 percent of polling stations had phoned through their results overnight.

Official result sheets are being brought in from all over Fiji to the National Results Centre for tallying with the votes which were cast last week in Fiji's remote areas as well as those votes which were posted in.

There was confusion at the end of provisional vote counting in the 2014 election with claims of fraud and vote-rigging.

"We wish to ensure nobody makes misinformation about this process," said the Supervisor of Elections Mohammed Saneem.

A FijiFirst candidate with a candidate number similar to party leader Frank Bainimarama was a surprising addition to the list of top ten most popular candidates, the Fiji Sun reported.

Under the new electoral system, brought in for the landmark 2014 polls, candidates are assigned a three digit number at random.

They campaign heavily around their number as voters must mark a ballot sheet consisting solely of these numbers.

Alipate Nagata, whose candidate number is 668, was sixth in the popularity stakes at the last count ahead of SODELPA's Ro Teimumu Kepa and FijiFirst's Parveen Bala. 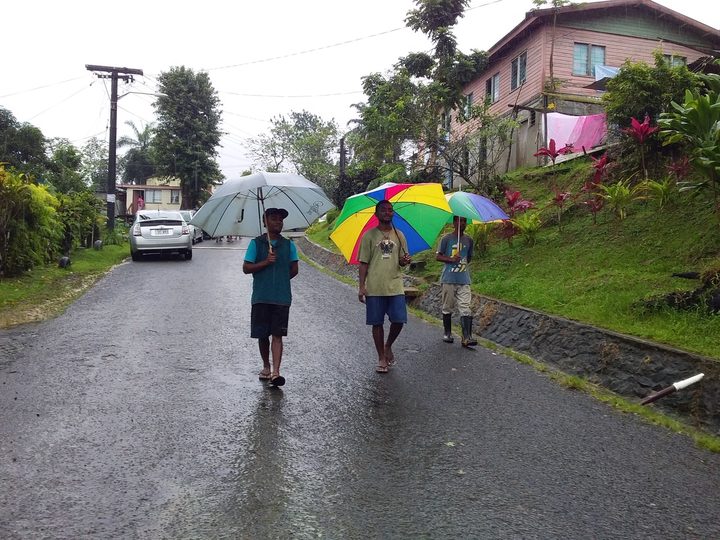 Mr Bainimarama at the end of provisional results counting was the highest polling candidate by far with 38 percent of the vote.

Mr Rabuka had 17 percent of the vote and the National Federation Party's Biman Prasad had just under three percent.

SODELPA's Lynda Tabuya was the highest polling female candidate, according to the last provisional results.

The lawyer had the fifth highest number of votes ahead of former SODELPA leader Ro Teimumu Kepa.

No other women were in the top ten at the close of provisional vote counting.

Fiji has an open list proportional representation system where seats are apportioned according to how many votes a party gets.

Voters have a say on which party candidates get in unlike the closed list system where parties decide.

Fiji abolished electorates in the run up to the 2014 election in favour of one national constituency. 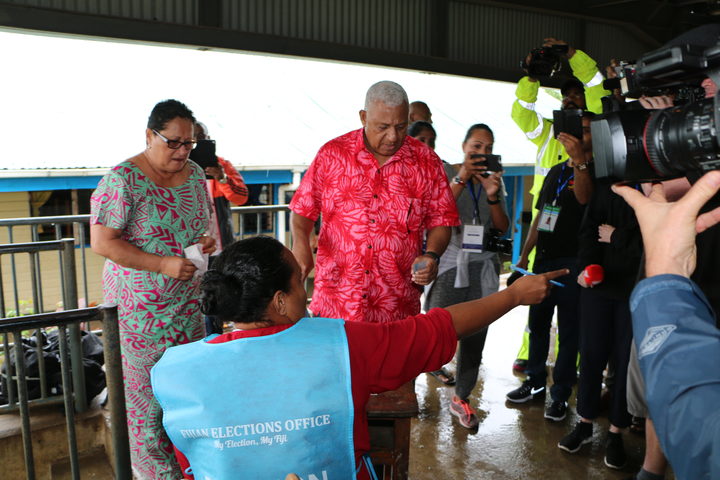 The incumbent Fiji First Party has opened a lead, with just over half the votes counted so far. Leader Frank Bainimarama cast his vote in Suva yesterday. Photo: RNZ Pacific/ Koroi Hawkins