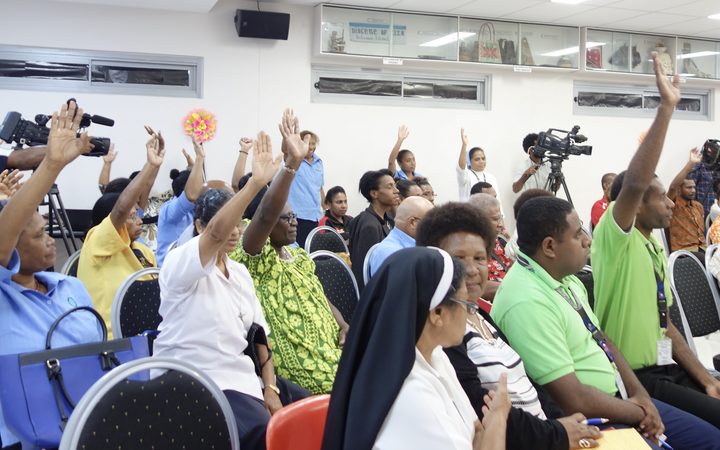 The panel, which featured about 100 people, including the governor of Port Moresby and students, teachers and professionals, along with the Catholic Bishops' Conference, declared Australia has a moral obligation to look after all refugees and Asylum Seekers.

He said Australia needs to step up.

"While Australia would hide behind the fact, saying it is now the problem of Papua New Guinea, and they also issued a statement before the panel ' We are ready to help PNG and this is an issue for PNG to handle - but I think what was stated very clearly was Australia needs to put an end to this because it is an issue they have in fact started."

Fr Pereira said having the refugees resettled by Christmas would be a gift for all.