A Manus Island refugee has been nominated for an international human rights award.

Abdul Aziz Muhamat fled persecution in Sudan only to be detained by Australia in Papua New Guinea, where he became a spokesperson for hundreds of men held there for five years. 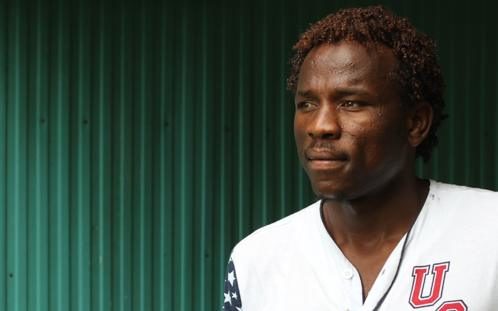 Mr Huhamat is one of three nominees for the Martin Ennals Award, with the winner to be chosen by 10 human rights organisations.

He said his motivation was to fight Australia's cruelty.

"The reason I decided to speak up on behalf of these men is because of the injustice and the crimes Australia is committing against men, women and childrens in the detention centres," Mr Muhamat said.

"Not only myself, but me and so many other people in the detention centres, including organisations in Australia and around the world, we started this fight.

"The first time I set foot on Manus Island I said loud and clear to myself that I will always protect human rights even if I risk my life."

Australian politicians detained refugees indefinitely on Manus and Nauru to win votes by showing they are tough on immigration, Mr Huhamat said.