The only remaining woman MP in Solomon Islands' 50 member parliament, Lanelle Tanangada, has been sworn in as a minister by the country's governor general. 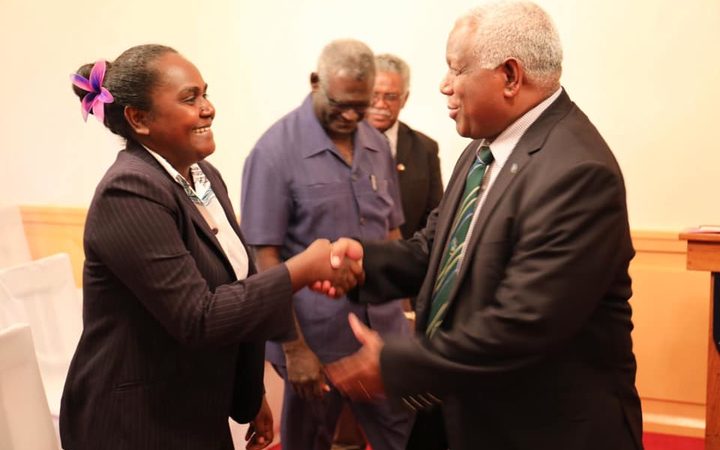 The member for Gizo Kolombangara is the new Minister for Women,Youths, Children and Family Affairs.

She replaces her former female colleague, Freda Tuki Soriacomua, who lost her seat earlier this month after being convicted of bribing voters during the 2014 elections.

Lanelle Tanangada herself was elected through by-elections held in May because of a successful election petition brought against her husband Jimson Tanangada.

Mrs Tanangada, is a graduate from the University of Waikato in New Zealand, and was a teacher before entering politics.