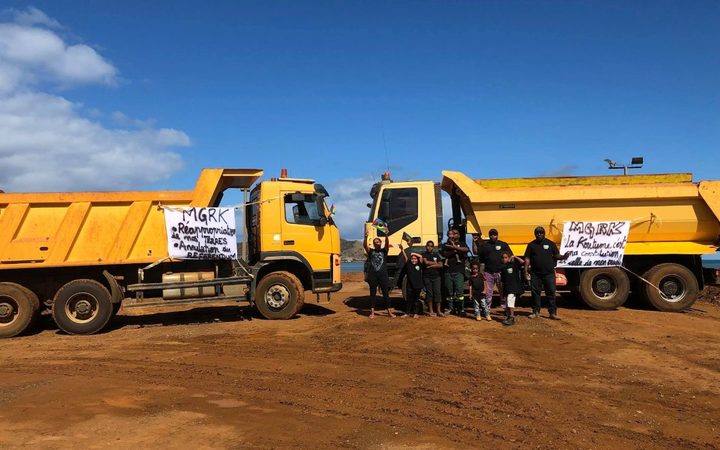 Police in New Caledonia have broken up a blockade of the nickel mine at Tiebaghi.

The French High Commission says one person was arrested during the operation last night which was ordered after the SLN nickel company had gone to court.

The blockade was launched on Monday by activists of the Movement of Revolutionary Kanak Groups and stopped dozens of people from going to work.

It also said it wanted to negotiate only with the French state, accusing it of pillaging the area's wealth.

One of its leaders said the group was against the referendum because it wouldn't guarantee independence, adding that no referendum was held to seize New Caledonia.

The shutdown of the Tiebaghi site followed the closure two months ago of the Kouaoua mining centre by a local group opposed to expanded mining.

SLN, which has four major mines to feed its smelter in Noumea, is the territory's biggest private sector employer.