Samoa sevens player Gordon Langkilde has pleaded guilty to misdemeanour charges in a San Francisco court after attacking Welsh players in the tunnel after a game. 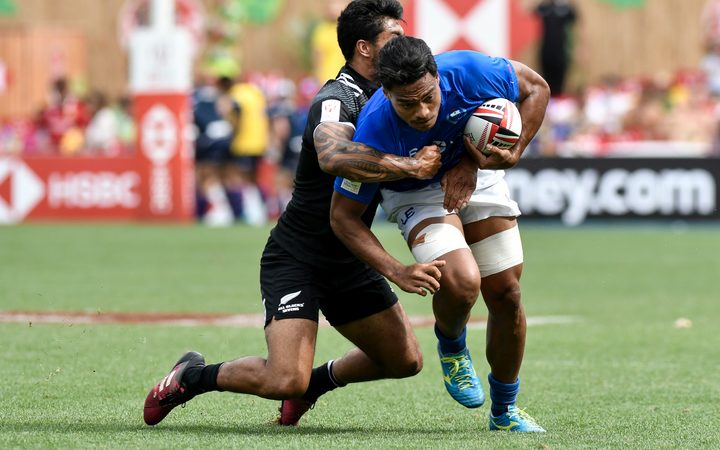 The charges were reduced from two criminal counts of battery and one of assault after he attacked Welsh players in the tunnel, following Samoa's 24-19 loss at the July World Cup.

Langkilde spent a week in custody and two months in the United States awaiting trial following his arrest.

The Pacific Rugby Players chief executive, Aayden Clarke, said the 22-year-old would be back in Samoa in the coming days.

"We've had the charges reduced to being misdemeanours. He's committed to a minimum of one year out of the game and will undergo anger management courses and counseling," Clarke said.

"He's paid a fine to the US courts and also [written] apology letters to the Welsh players... He's very much aware of the implications of his actions and obviously very remorseful,"

In court, Langkilde had indicated he would step away from the game but was also prepared to undergo disciplinary proceedings from the sport's governing bodies, Clarke said.

"What happens now is that World Rugby and also the Samoan Rugby Union were waiting on the outcome of the legal proceedings. Now that we have that - those [proceedings] will commence."

Contracted by Samoa for the 2017-18 World Series, Langkilde would not be available for the 2018-19 series but could yet return to the game, Clarke said.

"It doesn't mean he can't train the house down. He's still a very young man and still wants to be a rugby player," he said.

"As a players association we'll work with him now on what he's going to do with this year out."

But with Las Vegas an annual stop on the World Series , the prospect of Langkilde's future involvement in the tour could be compromised.

"As we know - these sorts of things, in terms of entering the United States, make it very difficult," Clarke said.

"We haven't crossed that bridge yet but that's obviously going to be a consideration around what sort of rugby path he takes."