Lack of fitness was a factor in Singapore's 2-0 win last week over the Fiji men's football team, their coach says. 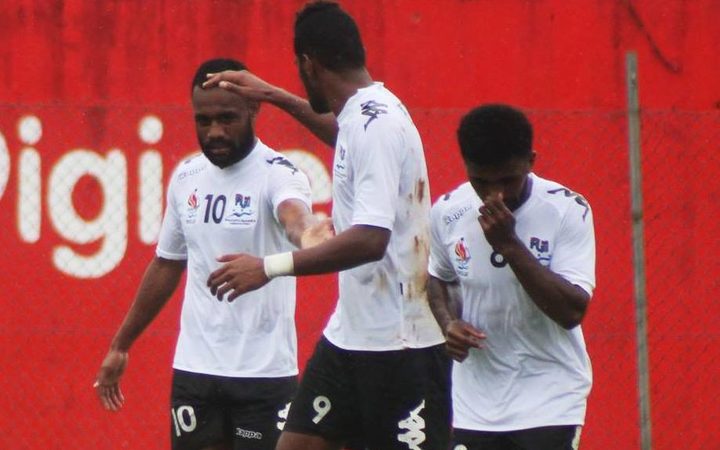 Fiji drew with Solomon Islands 1-1 the week before in the first of two games in the September international window.

The Bula Boys are yet to win a game this year following two losses in the Philippines in March and one to Malaysia in July.

Coach Christophe Gamel said while his players were not lacking motivation many were out of condition.

But he said the primary reason for their defeat by Singapore was a loss of concentration.

"After 11 minutes on a corner kick we missed focus on who had to take their direct opponent and they scored directly," Gamel said.

"The second goal [a minute later] was a misunderstanding between Remueru Tekiate and the keeper," he said.

"The problem is always there. Lack of concentration. I need to find a way to [get] better focus and better involvement with the game."

Despite suddenly being two goals down, the Bula Boys did not lose heart, their coach said.

"They didn't at all lose motivation. You can see at the start of the second half they came back very motivated and on the ground they have given their best," he said.

"We struggled a bit at the end of the game physically and because we got a red card. So at this moment we started to lose our consistency but the players, they really gave their all."

The late game struggles could be indicative of players being overweight, something Gamel complained about when they arrived in camp at the start of the window.

With only two professional players in a team the coach describes as amateur, the lack of conditioning is no surprise but it's something the Gamel wants to address.

"This is a real problem because I only have a few days to manage the levels of fitness and most of all the weight," Gamel said.

"We know that at a high level weight is a key factor in performance. One extra kg reduces 16 percent of your condition. For example, a lot of players came with between four to eight kgs extra," he said.

"My next thing is to see how we can focus on this problem of weight."

The Bula Boys could play again in the November window for which the coach said he was trying to secure two more friendlies, possibly against Myanmar and Vienam.

With the October window clashing with domestic competition in Fiji, Gamel said he hoped to at least get the team together next month for a short camp.

"Just to see the players and to see also their weight. Otherwise it will be to long a gap between today and the next window in November and I will face the same problem again."