A scheme allowing Vanuatu women to set-up food stalls near nakamals, or kava clubs, is making an impression on patrons. 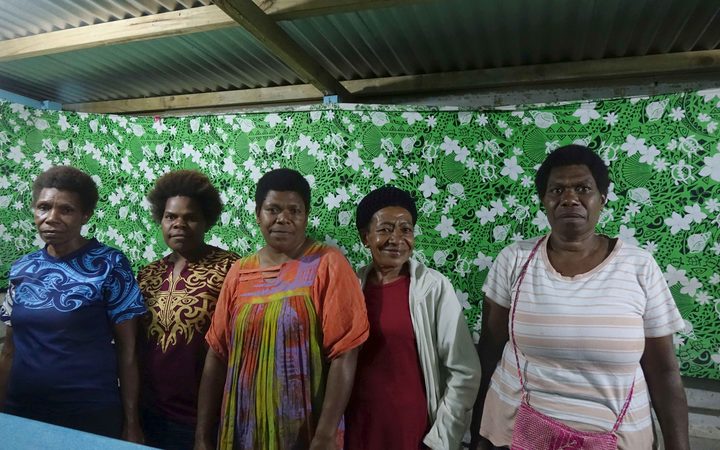 The nakamal is the place where ni-Vanuatu traditionally come together to consume kava, the root-based brew which plays a fundamental role in Vanuatu society.

Being able to tap into this space has helped the women and their families financially.

Asnette Nasse lives in the Freshwater area in the capital Port Vila and is part of the 20 Vatu business scheme.

Most evenings, Asnette and her friends sell home-cooked food to the patrons of kava clubs.

She says the money helps with school fees, food and electricity and they make can decent money. 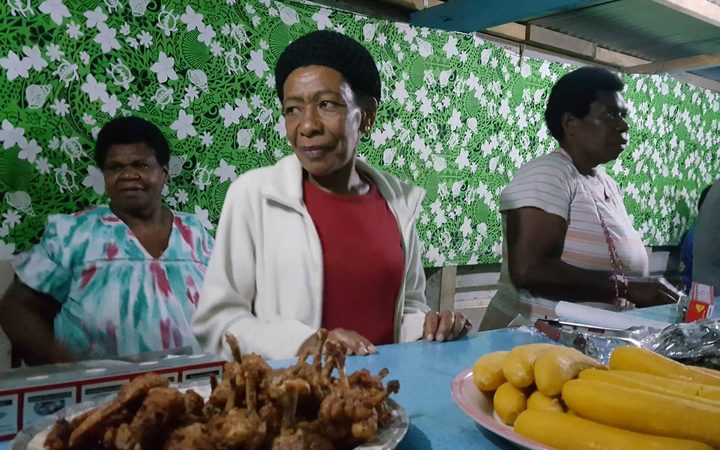 She says most of the business ladies are mothers, and once children are sent to school, the women start preparing for their food stalls.

"Everyday they have to go and pay the foods in the market, local market and the meat in the supermarkets, and then they come and prepare it at home."

Asnette Nasse also says a lot of the 20 Vatu women will buy fresh produce from other women at the market.

"Plant their own crops from the garden and they sell bananas, and taro in the market. And us women from Freshwater we went to the market buy baskets of products with from the villages and come and prepare for the 20 Vatu."

She says the scheme helps women become financially independent so they don't rely on men as often.

"Twenty Vatu business is a normal business for ladies in this area - Freshwater area - to support them with their families at home." 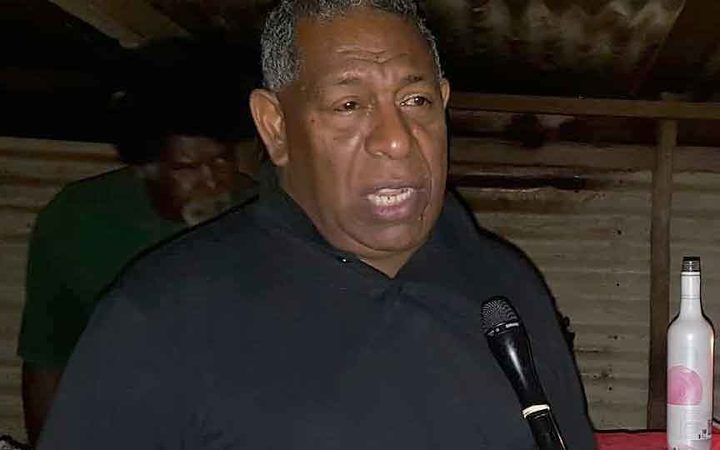 "Beautiful food and they sell those to those who come and need something to bite on, but it also contributes significantly to their incomes put bread on the table, helping with school fees and making day to day ends meet."

He says kava also continues to play an important role in Vanuatu society.

"First of all it brings people and families together and secondly kava is also highly commercialised, so in this family here, the only source of income is by selling kava every afternoon and the profit they make will help put break and butter on the table."

Eddie Dick is a nakamal owner in Port Vila who says he gets about five or ten people a day visiting his kava club.

He says kava should not be drunk on its own. 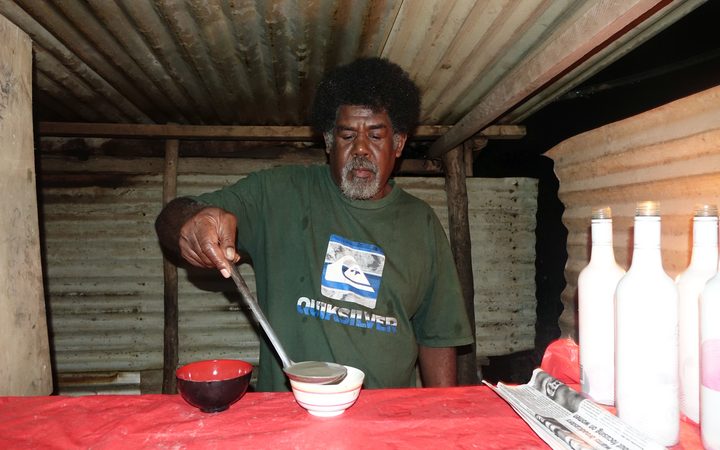 "You can't drink kava by yourself - you have to drink it with friends because when we drink kava we have stories, any issues which just stays in our community or between us we solve that problem"

He says the profits made from the nakamal can go towards different things.

"We are building a house and sometimes we put another profit aside, small go to school fee, small go to our food every, small profit but we use it wisely."

Eddie Dick says he believes the best kava in Vanuatu comes from the island of Pentecost and that's where he buys it from.

Which ever island it comes from, kava is a commodity very close to the hearts of all Ni-Vanuatu, according to Roy Mickey Joy.

"In fact, for us , kava is known as the green gold. We believe that in the next few years with proper administration of kava, Vanuatu will be able to be the only country in the Pacific with the highest export potential on kava."

He welcomed the lifting of sanctions against kava products in the European market a few years ago. 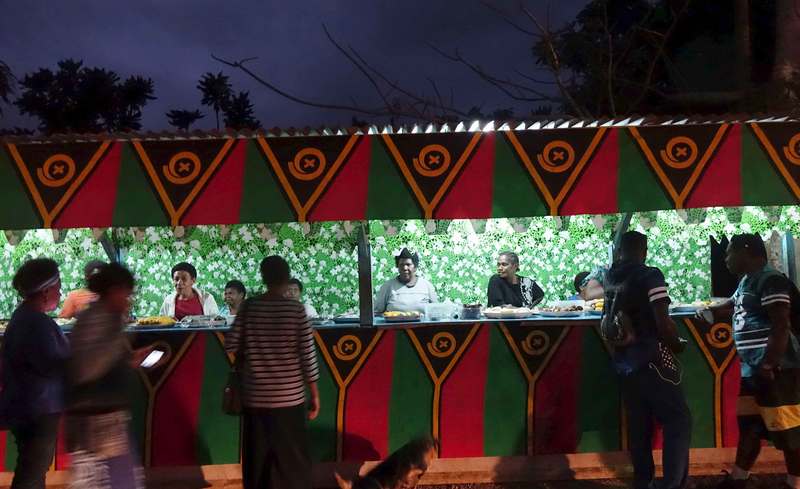 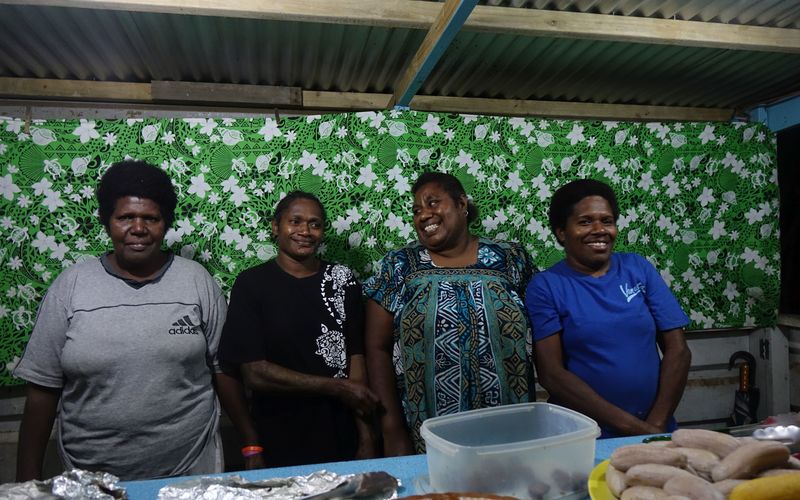 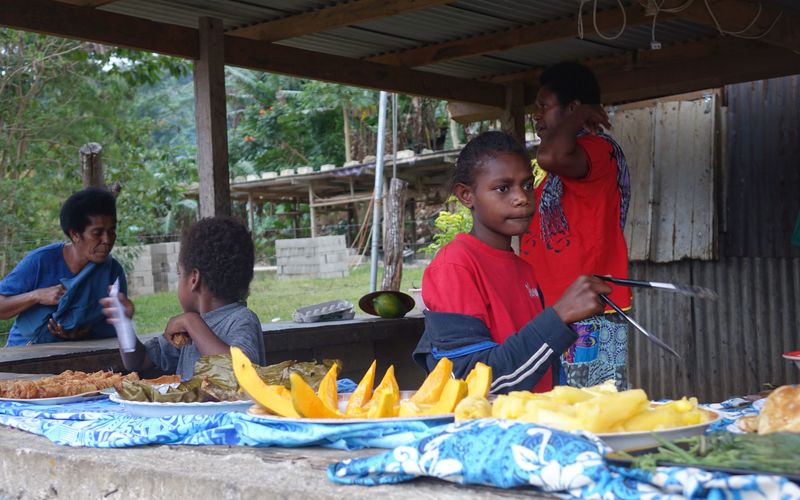 Kids helping their mothers at the stall. Photo: Moera Tuilaepa-Taylor 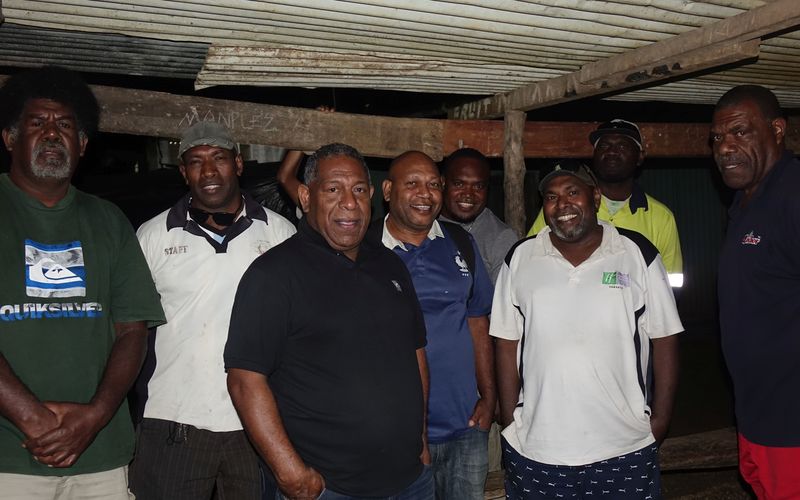 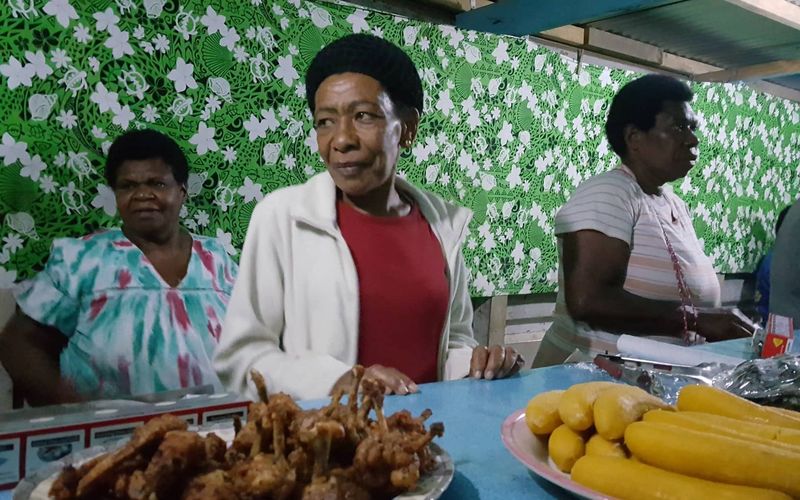 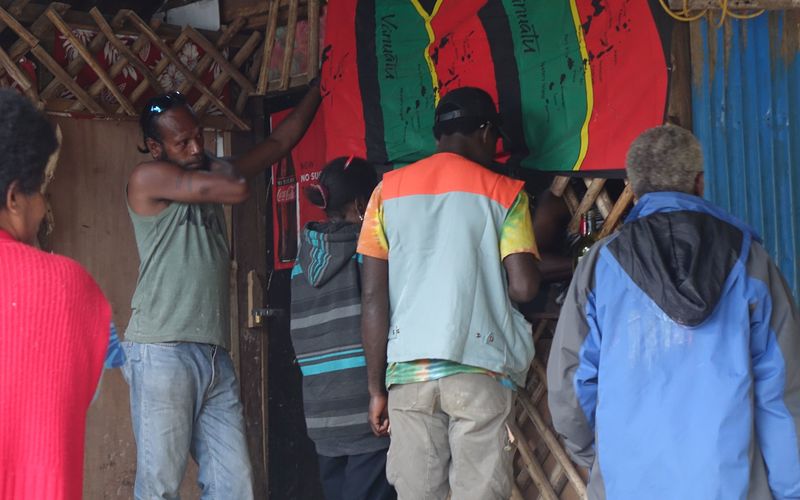 People waiting to buy kava at a nakamal outside of Port Vila. Photo: Moera Tuilaepa-Taylor 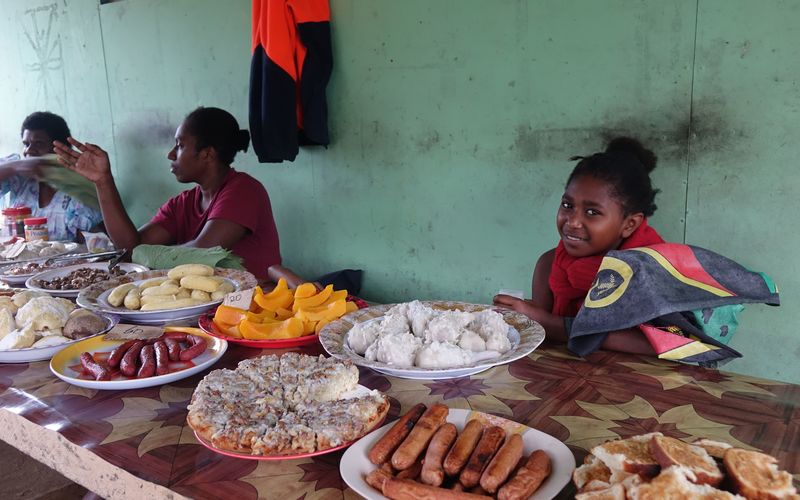 Some of the mothers bring their children to help in the weekend. Photo: Moera Tuilaepa-Taylor 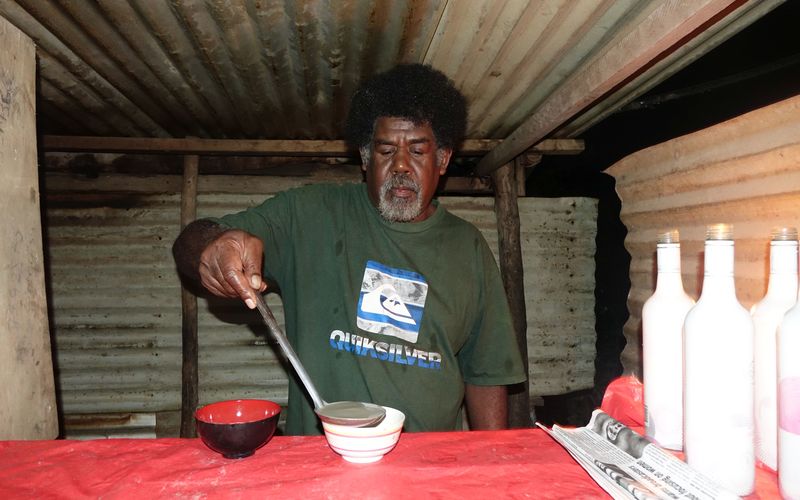 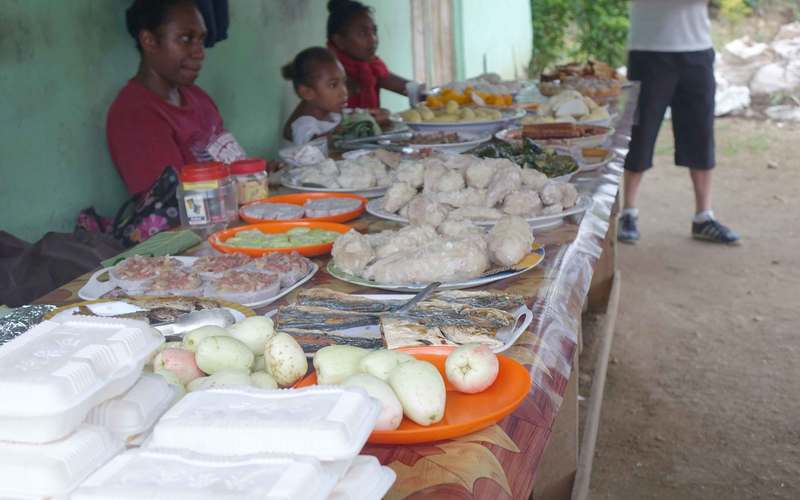 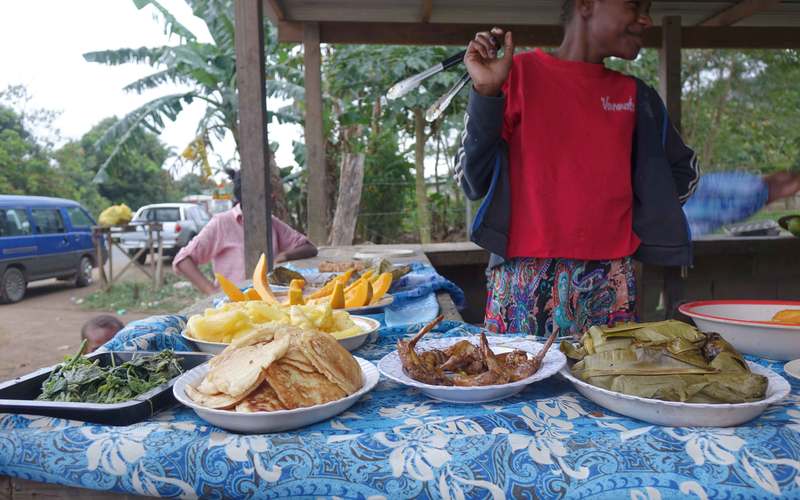 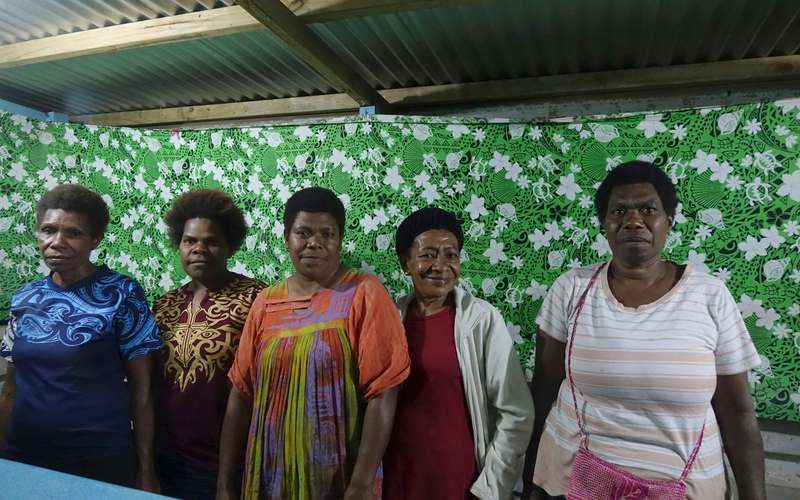 Since then, Vanuatu's kava industry has increasingly urged farmers to focus on growing the noble variety which is considered the best quality kava both for export and for local consumption.

When the nakamal is thriving, everyone benefits.