Indonesia's military says it will investigate the cause of a fire on a warship which sank in the waters of West Papua.

The KRI Rencong-622 caught fire near the city of Sorong after a systems malfunction on Tuesday.

All crew members were safely evacuated to a nearby Navy office.

Footage broadcasted on Kompas TV before the sinking shows the ship completely engulfed in flames. 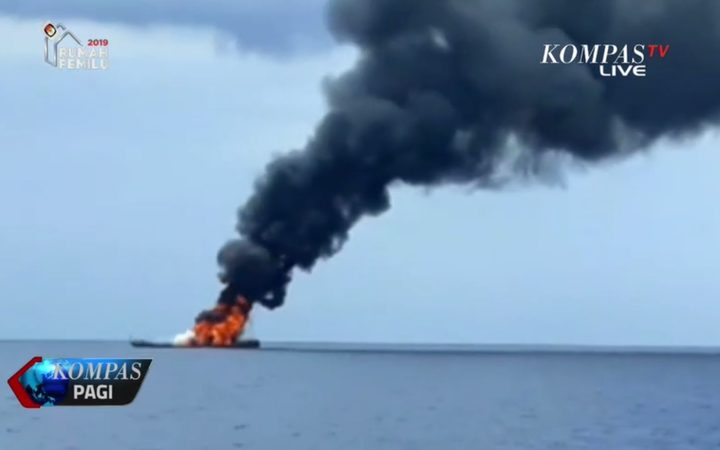 The Indonesia warship KRI Rencong-622 caught fire near the city of Sorong in West Papua after a systems malfunction on Tuesday. Photo: Kompas TV/Screenshot - https://bit.ly/2MqzjRl