Vanuatu's Honourary Consul to the Netherlands has suggested that those involved in the West Papua struggle for self determination,should examine the topic from all angles.

The Daily Post newspaper reports that Elisabeth van Vliet's opinion is that all international avenues are not fully utilised to press the West Papuan's position forward. 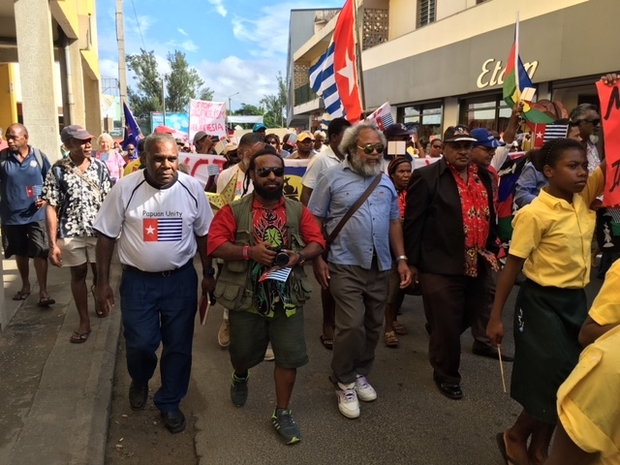 Mrs Vliet suggested that both the International War Crime Court in The Hague and the UN Decolonisation Committee in New York should both be used by those standing for the demands of the Melanesian people of West Papua.

She made the remarks during her diplomatic visit to consult with the Vanuatu government in Port Vila.

Elisabeth van Vliet said a large number of West Papuans were living in the Netherlands due to the problems taking place in the Indonesian region.

Meanwhile, Vanuatu's government has said it will continue its push to have West Papua inscribed on the United Nations decolonisation list next year.

It had hoped to advance the plan at the recent Pacific Islands Forum leaders summit in Nauru, but encountered opposition from Australia, Papua New Guinea and Fiji.

However Vanuatu indicated there is still support among other countries for having West Papua's controversial incorporation into Indonesia in the 1960s reviewed.