The European Union says its new funding agreement with marine agencies in the Pacific will help prevent fish laundering in the region.

The EU, along with Sweden, has pledged $US52 million to working with the Forum Fisheries Agency (FFA), the Pacific Community, the Regional Environment Programme and the University of the South Pacific over the next five years. 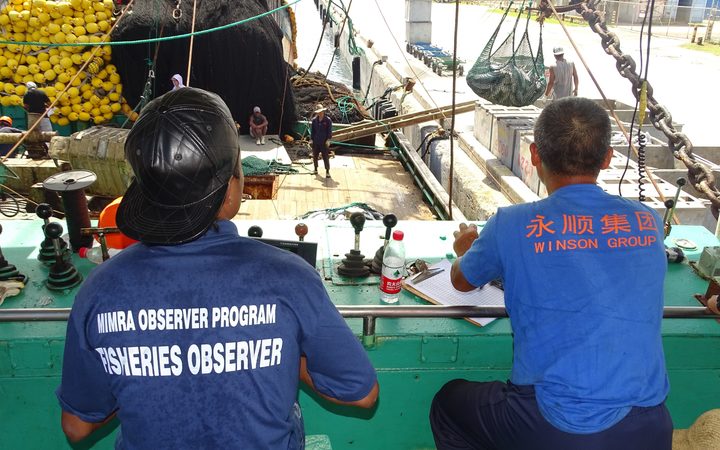 Christopher Wagner of the EU delegation for the Pacific said illegal, unreported and unregulated fishing is theft and tighter rules are essential.

Mr Wagner said much of the fish caught in Pacific waters is transferred from one ship to another and up to eighty per cent of it is processed in Asian countries.

"What we are supporting through this programme is to develop new technologies and monitoring, for example drones, we are also working through the FFA (Forum Fisharies Association) with the countries to look more at trans-shipments. For example many of these days, you know that term money laundering, and there's also something called fish laundering," Christopher Wagner said.

Mr Wagner said some of the funding will go towards better regulation of illegal catches passing through Pacific ports, with more prosecutions and higher fines.

He saidf coastal fisheries management, marine science and biodiversity projects will also receive a boost from the funding which was announced at last week's Pacific Islands Forum meeting in Nauru.