The Pacific Freedom Forum says Papua New Guinea journalist Dorothy Mark was punched in the face and kicked repeatedly in an assault on Manam Island.

The group is calling for police action after the attack on Saturday, which came as Ms Mark was on the island to cover the latest volcanic disaster.

A picture of a flash of lava from the erupting volcano on Manam Island, Papua New Guinea. The island is one of the country's most active volcanoes. Photo: Supplied / Scott Waide

The forum said a villager on Manam punched her and others kicked her as she fell to the ground, until others intervened.

Forum chair Monica Miller said court-led justice must follow the brutal attack to ensure other journalists are not put in danger.

"This behaviour must not be tolerated and for too long, our industry has accepted attacks of this nature as 'part of the job'. This must be stopped, and it has to stop now," she said. 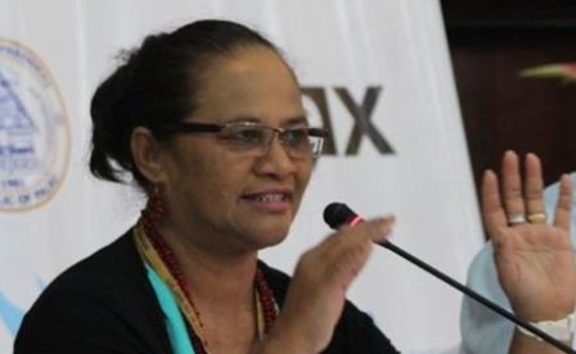 The other journalists travelling with her on Saturday had to walk for an hour to the next village to hitch a ride back in the early hours of Sunday morning, said the group's president Kora Nou.

The Auckland-based Pacific Media Centre called for strong action over the assault, saying the reporters were providing critical and important information in the public interest at a time of crisis.