The president of the Pacific Islands News Association says he's appalled and disappointed by an attack on Papua New Guinea journalist Dorothy Mark, who travelled to Manam Island on Saturday to cover the latest volcanic disaster.

Efforts are underway to evacuate about 7000 people from the island.

A picture of a flash of lava from the erupting volcano on Manam Island, Papua New Guinea. The island is one of the country's most active volcanoes. Photo: Supplied / Scott Waide

The president, Kora Nou, who is also the managing director of PNG's National Broadcasting Corporation, said Ms Mark suffered facial injuries when the boat she and other journalists had used to travel to the Island was taken away.

Mr Nou said they had to walk for an hour to the next village to hitch a ride back in the early hours of Sunday morning.

He said Ms Mark risked her life to travel to Manam to ensure the world appreciated the latest calamity to befall Manam Islanders. 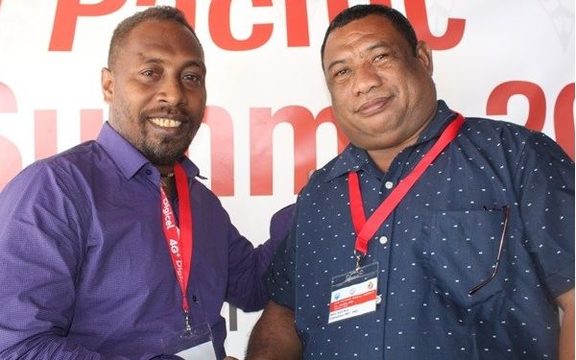 "It is such early reporting and awareness by our journalists that can trigger quicker evacuation of our citizens, as well as much-needed relief assistance.

"The reported unprovoked assault on Ms Mark, who received facial injuries, should therefore be condemned in the strongest terms and those responsible be arrested and charged," he said.

"Online abuse is serious and we hope that service providers can put in place controls that would prevent this from happening," Mr Nou said.