Vanuatu's honorary citizenship programme now makes up about 25 percent of total government revenue, bringing in $US16 million ($NZ23.97m) in the first quarter of this year. 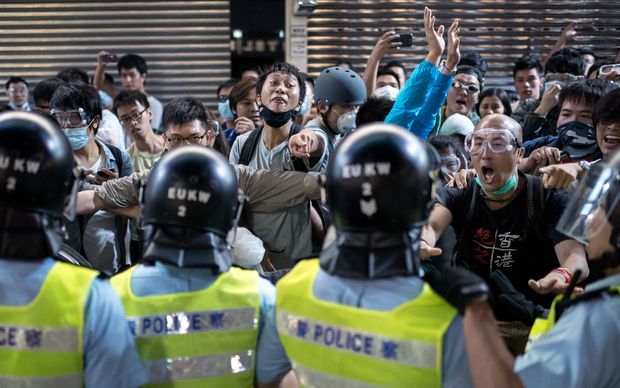 People jeer and yell at police officers in the Mongkok district of Hong Kong on 17 October 2014. Photo: AFP

Graeme Smith from the Australian National University in Canberra said this was driven by Chinese investors seeking a bolthole in the wake of President Xi Jinping's recent declaration as leader for life.

"The abolition of the term limits I think shifted something in a lot of people's minds and made them worried so that's why there's a huge number of passport sales," Dr Smith said.

"It's insurance - these are not actual humans showing up in Vanuatu, it's just people buying a get-out-of-jail card."

The passport sales drive was likely to taper off in the next 18-24 months as events in China stabilised, Dr Smith said.

The migration surge in recent months was similar to the thousands of people who left Hong Kong after its sovereignty was transferred to Beijing in 1997, he said.