Two policemen accused of assaulting a teenager in Papua New Guinea's town of Kimbe have been arrested and charged.

A video of the assault of the teenager on a beach in the West New Britain provincial capital went viral on social media this month, causing a public uproar. 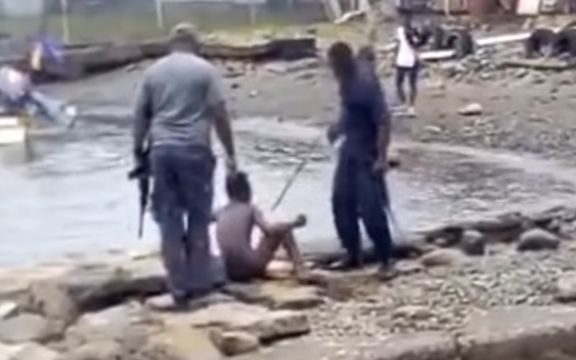 They were also charged administratively with four serious disciplinary charges under the Police Force Act and suspended from active duties.

"The Constabulary has no place for such violence and abuse. We are about protecting and serving the people, not inflicting such bodily hard on our citizens," Mr Baki said.

He appealed to all police officers not to abuse their powers and authorities whilst performing their duties.

The members of the ATU were sent to the West New Britain province recently to deal with an surge in crime and also to quell a number of conflicts between various villages within the provincial township.

Two weeks ago, police confirmed that the boy who was assaulted by the officers had been arrested, charged and released under the Juvenile Justice Act.

He was charged with attempted robbery after having allegedly attempted to hold up a woman.