Dozens of West Papuan university students in the Indonesian city of Surabaya were taken in for police questioning on the anniversary of the New York Agreement. 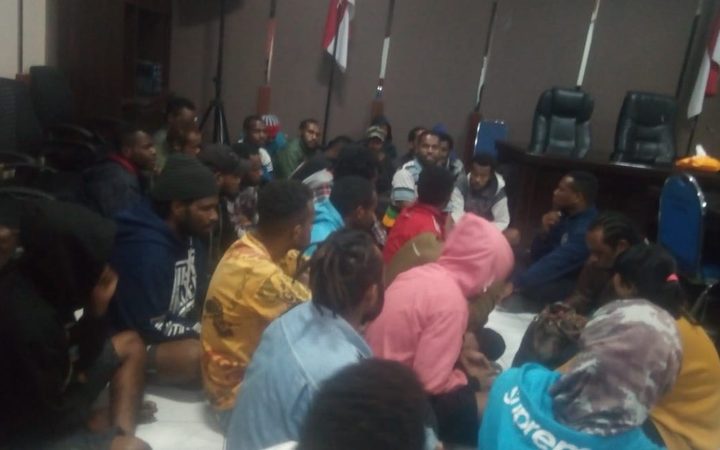 The students were preparing to host a discussion event to mark the anniversary of the 1962 agreement signed between the Netherlands and Indonesia at the United Nations regarding the administration of West New Guinea.

Reports from Indonesia indicate the discussion never transpired. The students involved were subject to harassment by members of Indonesia's nationalist Pancasila movement who swarmed to the dormitory.

This group reportedly insisted the Indonesian flag be raised in the dormitory, and threw projectiles at the Papuans.

Later, the dormitory was raided by police who detained 49 students for questioning. They were in custody overnight at Surbaya's main police station, although it's unclear whether charges have been laid.

The NGO Piberang news portal quotes a police spokesman saying the students were being investigated over an alleged hacking incident.

But it's clear the Papuans drew the attention of police and intelligence personnel on the same day as plans to mark the anniversary or the controversial Agreement which paved the way for the former Dutch New Guinea to be taken over by Indonesia.