Indonesia's president was greeted by protestors calling for West Papuan independence when he arrived at New Zealand's parliament this afternoon. 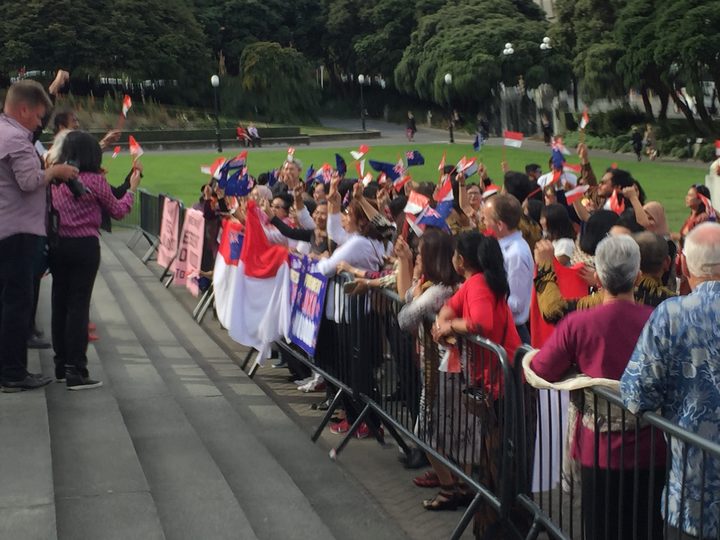 A sing-off on the steps of the New Zealand parliament between protestors and Indonesians during president Joko Widodo's visit to Wellington. 19 March 2018 Photo: RNZ Pacific/ Johnny Blades

But the protestors were vying for airspace with a group of Indonesians who were there to cheer Joko Widodo in his flying visit.

It turned into a sing-off on the steps of New Zealand's parliament.

Dozens of Indonesians, buoyed on by a handful of officials, singing nationalist themes with great vigour as they awaited their president, known as Jokowi.

Alongside them, outnumbered but not diminished, around twenty people calling for an end to human rights abuses in West Papua.

Things became rowdy, but as the official Indonesian motorcade arrived, the protestors barely had time to make their point as Jokowi stepped out of his car and disappeared up the steps to parliament. 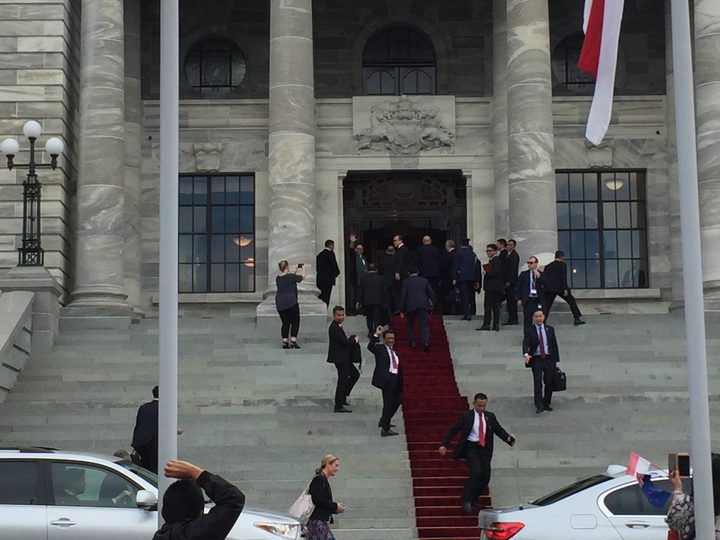 Today he has met with New Zealand's prime minister Jacinda Ardern and other leading officials.

Papua was not expected to feature in discussions and, at the Indonesian government's behest, media opportunities to ask Jokowi questions were kept to a bare minimum. 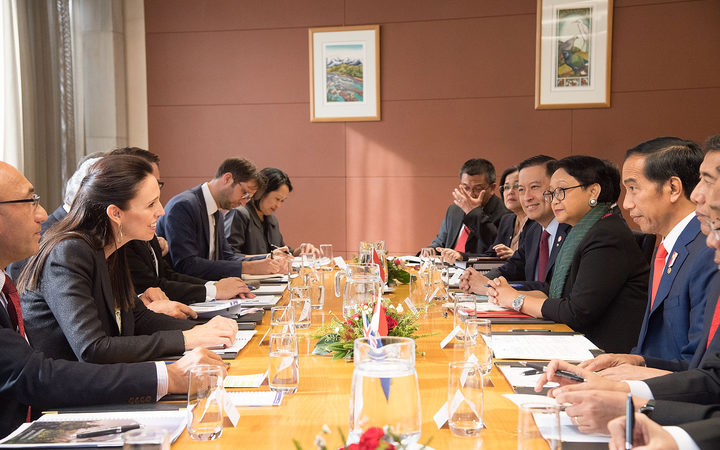